Mexican daily warns about danger of fascism in the US 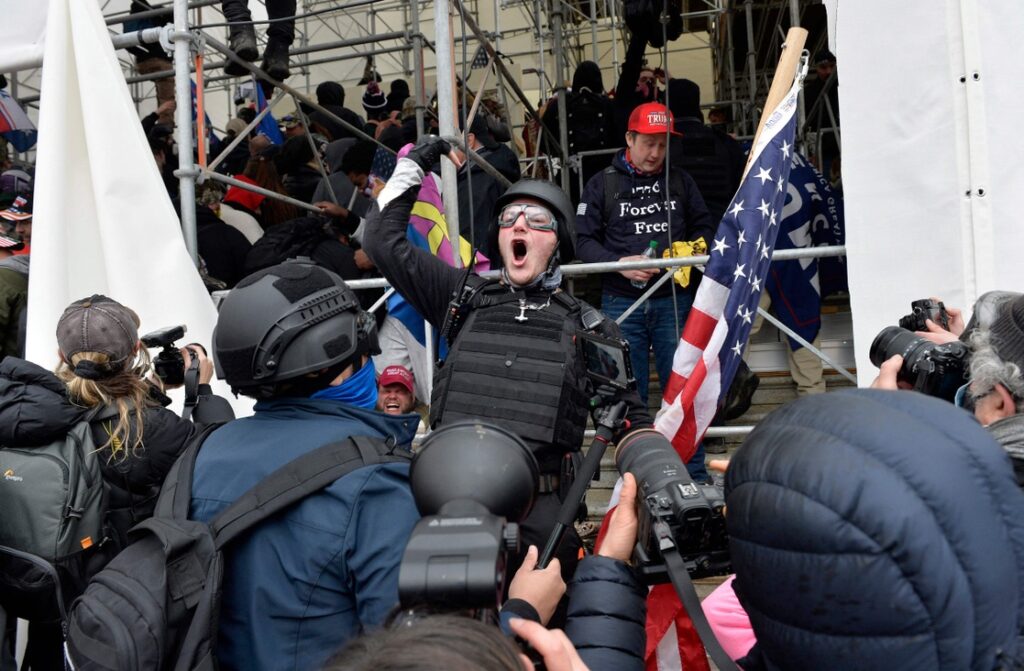 Mexican daily warns about danger of fascism in the US

The reporter warned that, at present, the survival of American democracy is the main topic of the everyday national debate in which the fundamental principle of that system, the will of the majority, does not necessarily prevail.

Neither at its presidential elections, such as in 2016 and 2000, nor in national policies, he added.

For example, most of the people, according to surveys, favors actions to fight climate change, raise minimum wages, invest in infrastructure, a migration reform that includes a way to nationalize undocumented immigrants and the legalization of marihuana, among other things.

However, the top political eaders, under the neoliberal two-party consensus of the past four decades, have managed to curb, dissolve and ignore the will of the majority, he said.

Therefore, the constant deterioration of public trust in the so-called institutions of democracy is not surprising. According to Gallup surveys in 2021, only 39 percent of the population trusts the federal government to address national problems.

Brooks explained that the neofascists who came to power with Trump (2017-2021) have taken advantage of the disenchantment, corruption and dispair of four decades of neoliberalism to deepen the country’s increasing social and political polarization, among other things, with the strategy of pitting screwed against other screwed.