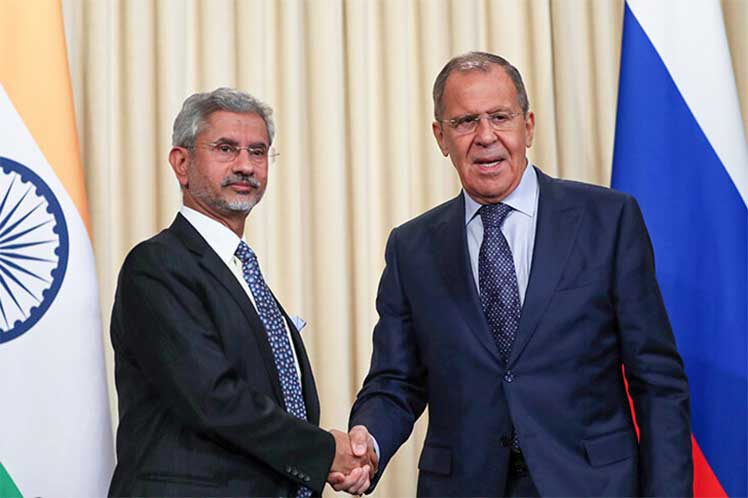 In a statement, the Russian Foreign Ministry reported that both ministers spoke on the telephone about progress of the agreements signed in the fields of health, science, technology and defense.

According to the statement, during the conversation, practical issues of bilateral cooperation in the development of the results of the Russian-Indian summit in New Delhi on December 6, 2021, were discussed.

Moreover, the foreign ministers agreed on additional steps to expand exchange on regional and international affairs, including contribution in the Shanghai Cooperation Organisation, BRICS, the Russia-India-China Triangle, the United Nations and its Security Council.

During the dialogue, they also exchanged views on the preparation of the coming high-level contacts, including the holding of a meeting of the Intergovernmental Commission on Trade, Economic, Scientific, Technical and Cultural Cooperation between Moscow and New Delhi.

After the 21st Bilateral Annual Summit, held in the Indian capital in early December, authorities from both nations set the goal of achieving a 30-billion-dollar common trade and 50-billion-dollar investment for 2025.

At the end of the summit, Russian President Vladimir Putin said that his country sees India as a great power, a friendly nation and a long-lasting friend and relations between both nations are growing and look to the future.