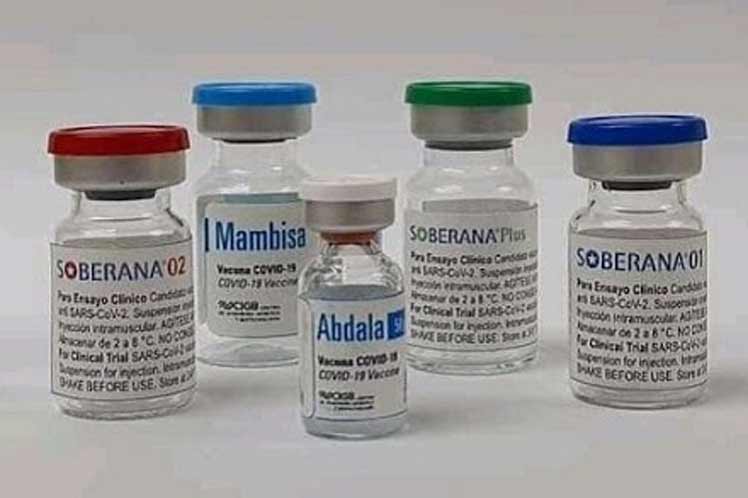 Havana, Jan 5 (Prensa Latina) Cuba today increased to 30 million 895 thousand 670 anti-Covid-19 doses applied with its own vaccines and ratified the world leadership in the index per 100 inhabitants.

Oxford University, Our World in Data, with the clarification that all doses, including boosters, are counted individually. As the same person can receive more than one injection, the number for every 100 individuals can be more than a hundred, specified the website of the British high scientific center.

Cuba also grew in the last report to 9 million 673 thousand 452 inhabitants fully immunized against the SARS-CoV-2 coronavirus, 86.5 percent of its entire population, data that keeps the country in second place in the world in this section.

Of that total, it applied at least one drug to 10 million 449 thousand 544 Cubans, achieved the second place in nine million 306 thousand 67 persons and a third to eight million 945 thousand 622, the Ministry of Public Health reported on January 3.

In addition, two million 194 thousand 437 people have booster doses, of them 140 thousand 145 as part of the clinical study and two million 54 thousand 2292 belonging to the booster vaccination, which is carried out in selected territories and risk groups.

Fifty-eight.6 percent of the global population received at least one injection against Covid-19 and internationally 9.28 billion doses were administered, with a first in only 8.5 percent of people in low income countries.