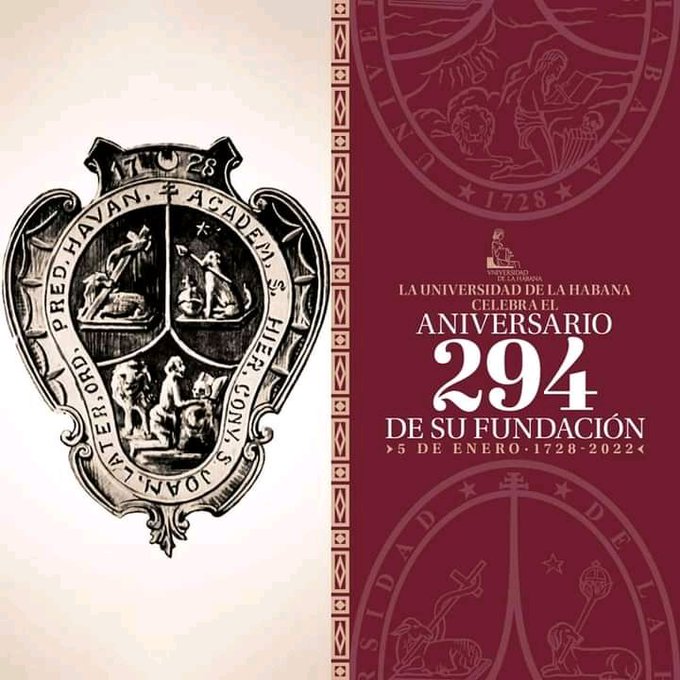 On this day, the UH, the oldest institution of its kind in Cuba and considered a benchmark for the nation’s identity, commemorates the date with a program of activities that includes the central act at the San Gerónimo University College.

Young people from that center also placed a wreath at the site where the remains of the historian of the City of Havana Eusebio Leal (1942-2020) rest, in the Convent of San Francisco de Asís.

The UH was founded on January 5, 1728 by Dominican friars from the San Juan de Letrán convent, and was called the Royal and Pontifical University of San Gerónimo de La Habana.

According to the institution’s website, its mission is to contribute to economic, social, cultural and political development, through the deployment of continuous training processes for comprehensive professionals, science, technology and innovation, and university extension.

It currently has 16 faculties, an institute and research centers in a variety of scientific fields.

In addition, it has an enrollment of 14,214 undergraduate students and 1,273 professors in its faculty.

The Top Universities portal points to the UH as the cradle of the most advanced Cuban thought and action.

Considered Alma Mater of higher education on the island, she permanently works for academic excellence and social relevance, supported by a strong national and international projection, adds the source.