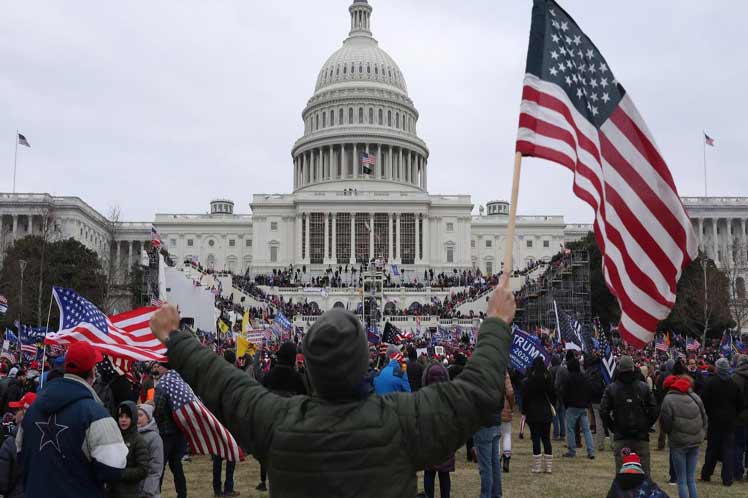 During a press conference, Property Police Chief Thomas Manger said there are no signs of trouble, although they are aware of several commemorative events planned for Thursday, January 6, exactly one year after the riots.

One of the groups that protested last September against the accusations on those who participated in the insurrection has planned a candlelight vigil in front of a prison in this capital, but “nothing that worries us too much,” said Manger.

The official referred to a series of reforms carried out in recent months based on recommendations from external reviews about what went wrong on the day of the assault and assured that his subordinates are prepared to face a similar event if it happens again.

Next Thursday will be a day of commemorations in which US President Joe Biden will speak; the vice president, Kamala Harris; the leader of the House of Representatives, Nancy Pelosi, and other legislators.

For his part, former president Donald Trump will offer a press conference with his version of events at his residence in Mar-a-Lago.

That day, a crowd of supporters of the then occupant of the Oval Office stormed the headquarters of Congress in order to annul the results of the presidential elections that gave Democrat Joe Biden the winner.

During the riot, encouraged by the insistent claims of the Republican magnate about an alleged electoral fraud, five people were killed, including a security officer at the complex. The ex-president and his allies persist in distancing themselves from the events and obstructing the work of the parliamentary group in charge of clarifying the role of the former head of the White House in the protests in order to clarify the responsibilities in what happened.