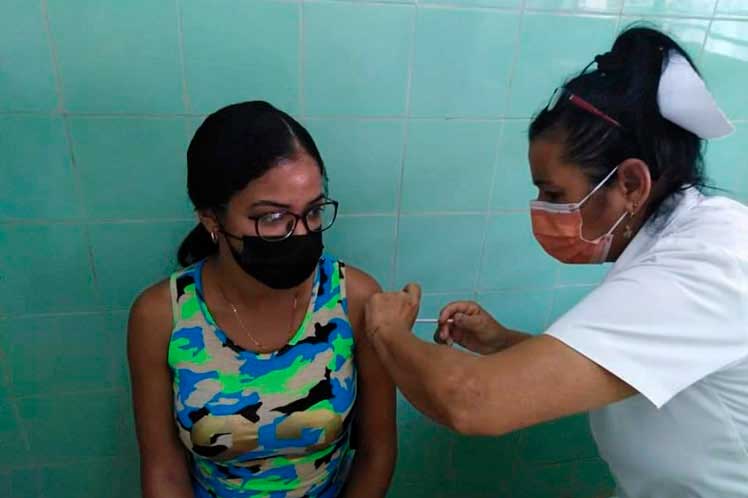 Some 10,455,713 people have received at least one shot; 9,309,296 people have been administered two and 8,950,875 have received three doses, the Ministry of Public Health reported taking into account the Jan.4 update.

Some 9,683,780 people have been fully vaccinated against the SARS-CoV-2 coronavirus (three doses), so Cuba is ranked second in the world after the United Arab Emirates, according to Our World in Data website, from the University of Oxford, United Kingdom.

Cuba also sped up a booster vaccination campaign with the immunization of over 2 million people as part of a clinical study first, then among risk groups and is being carried out now across the nation.

Some 58.68 percent of the world population has received at least one dose of a Covid-19 vaccine; 9.33 billion shots have been administered, and only 8.8 percent of people in low-income States have received one shot.

The World Health Organization on Thursday acknowledged that inequality in health services and access to vaccines against the virus that causes the current pandemic was humankind’s biggest mistake in 2021.