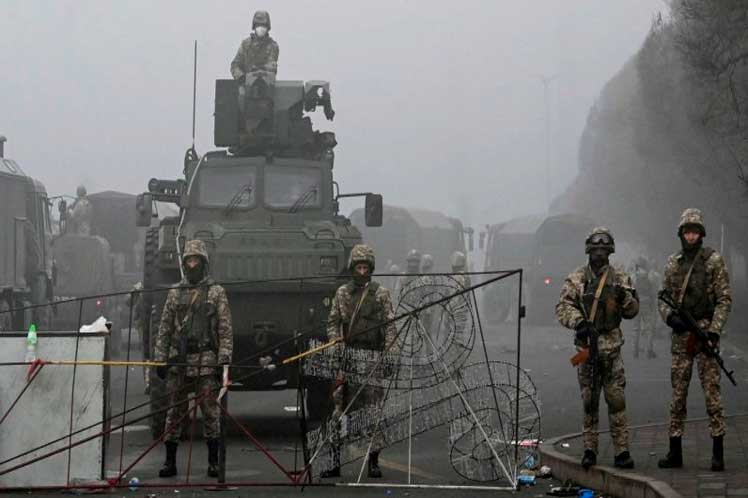 Earlier, security forces demanded those involved in the destabilizing actions to leave, otherwise they would open fire, TASS news agency, whose correspondent confirmed the start of heavy gunfire, reported.

On Thursday, gunmen in Almaty were robbing stores and smashing windows as they passed by, according to local residents. “Many residents of the city are scared,” they reported.

Police detained some 2,000 rioters during raids in Almaty, the Kazakhstan Interior Ministry reported on Thursday.

Tengrinews news agency reported that 13 police officers had been killed in clashes with rioters in the city.

The Health Ministry said on Thursday that more than 1,000 people had been injured in different regions of the country, including nearly 400 people who were hospitalized and 62 who were in intensive care units, as a result of clashes between the police and demonstrators, Khabar 24 television channel reported.

According to authorities, an anti-terrorist operation is currently underway in the city, the implementation of which is complicated by the fact that the terrorists “hide behind civilians, using them as human shields.”

Kazakh President Kasym-Zhomart Tokayev declared a two-week state of emergency throughout the country and dismissed the government.

Tokayev put himself at the head of the National Security Council and at its latest meeting he branded those involved in the clashes as terrorists, while promising severe measures against those responsible.

Malaysia calls for release of political prisoners in Myanmar

Malaysia calls for release of political prisoners in Myanmar