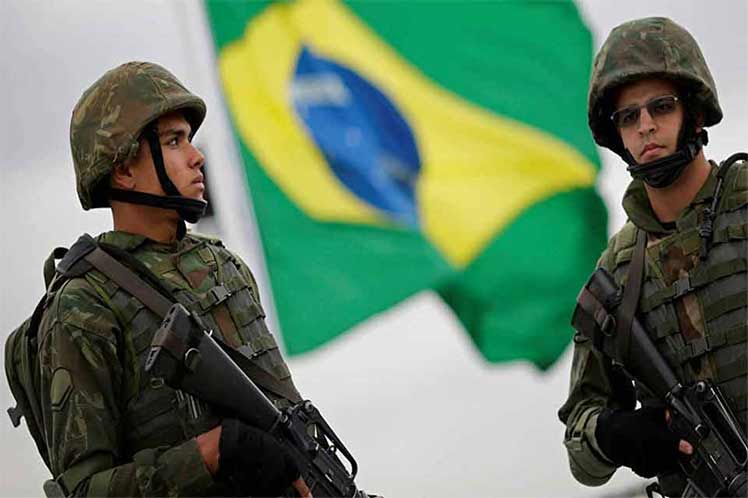 According to the media, the men in uniform even fear an action similar to the taking, a year ago, of the Capitol in Washington, United States, starring supporters of the outgoing president of that country, Donald Trump, determined to ignore his defeat at the polls before Joe Biden.

According to the article by journalist Igor Gielow published in Folha, the information seems to be based on solid data, so much so that the military institution advanced the military exercises planned for the last quarter of the year.

The general elections in Brazil are called for Sunday, October 2, and if a second round is necessary, the polls would reopen on the 30th of that month.

For those dates the uniformed must be available in all the states of the South American giant.

The greatest concern of the military leadership, expressed in private circles, is Bolsonaro’s followers, identified as being from the radical ultra-conservative right, who could react violently if the president does not go to a possible ballot or lose the elections.

Folha points out that for months the military and politicians have been discussing the probability of events of this type, especially based on Bolsonaro’s low popularity in the face of the elections reflected in a dozen polls.

However, the former Minister of Defense and Public Security Raúl Jungmann specified that this possibility would be the “worst scenario”, although analysts warned on more than one occasion not to rule out actions of different kinds by the president and his followers to maintain power. .