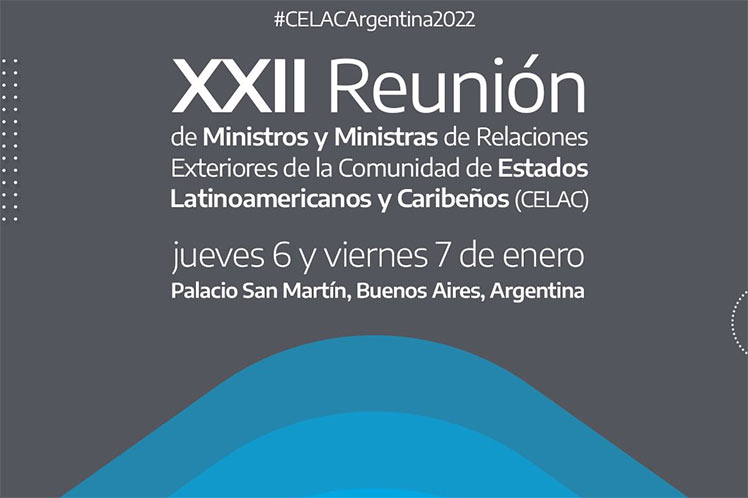 From early morning hours, the San Martin Palace, headquarters of the Argentine Foreign Ministry, will welcome the ministers who make up this regional bloc, founded 12 years ago, with the aim of creating a space for coordination and integration among the countries of the region.

According to the program, after the traditional official photo, the session will begin at 10:00 local time with a speech by host Foreign Minister, Santiago Cafiero, followed by his Mexican counterpart, Marcelo Ebrard, who will give a report on his country’s performance during its pro tempore presidency.

With the presence of President Alberto Fernandez, the meeting will address several issues of common interest and will also decide by vote whether Argentina will replace Mexico in that role, already supported by 31 of the 32 CELAC countries.

Thursday was a hectic day at the Foreign Ministry, where Cafiero received several of his peers and representatives of several delegations, whereas, in the evening, President Fernandez hosted a dinner for the guests at the Kirchner Cultural Center.

For this nation, hosting the CELAC foreign ministers’ summit for the first time is an example of its commitment to strengthening ties among the countries of the region and fostering bridges of dialogue and inclusion.