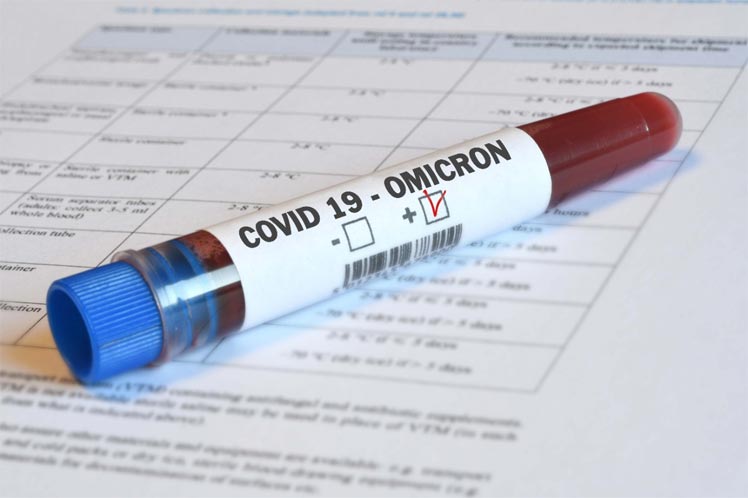 Armijo explained that the variant was detected through the analysis of samples collected in the cities of La Paz and El Alto, carried out by the Higher University of San Andres, and it is estimated that, due to current infection rates, the mutation would have also reached Santa Cruz and other regions of the nation.

The health ministry reported that the surge in cases is due to the spread of the Omicron and Delta variants, which reduce the incubation time of the disease.

According to the expert, the duration of the symptomatology, which normally lasts four days, increased to six days and, in addition, both variants introduce huge viral loads which rapidly evolve in patients and infect a large number of people.

The government took new measures to curb the spread of the pandemic, mainly in the region of Santa Cruz, where 60 percent of cases were detected, although the spread of Omicron has not been confirmed yet, but its impact is presumed, according to Ministry of Health authorities.

Precisely in Santa Cruz, authorities decided to reinforce the work of the containment brigades by sending a new contingent of doctors to carry out diagnostic tasks, vaccinations and deliver medicines.

Approximately 300 doctors have been mobilized to directly assist the neighborhoods of this region of eastern Bolivia. According to the Deputy Minister of Health Insurance, Alejandra Hidalgo, the country’s departmental health services have enough vaccines to immunize the entire population and the necessary diagnostic tests to detect the disease.