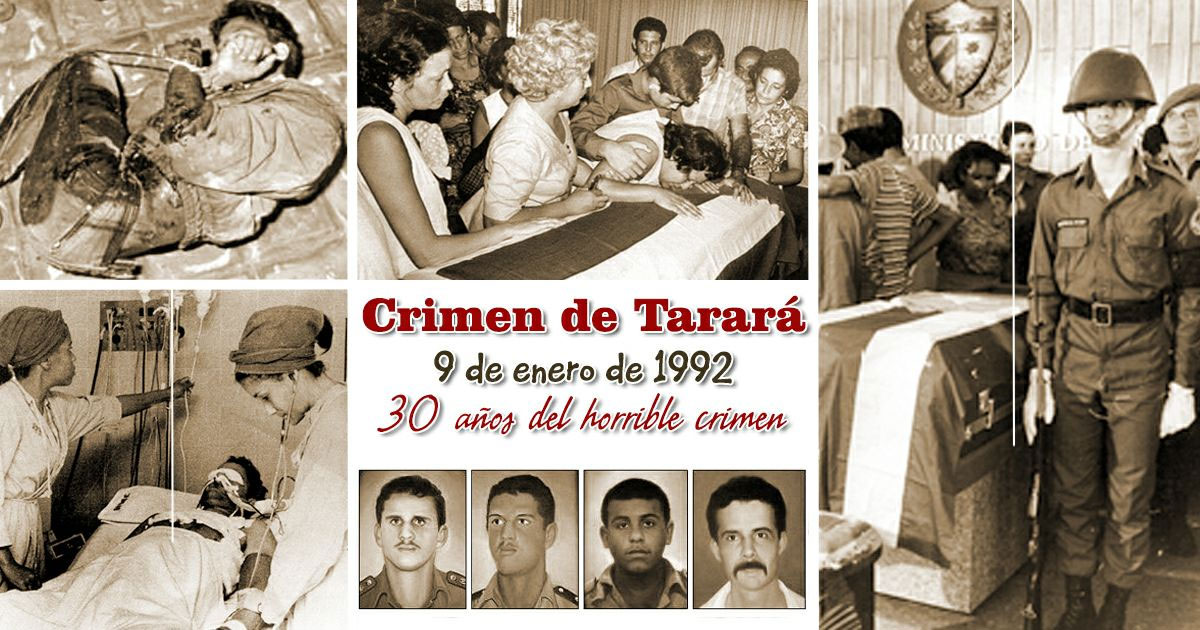 Havana, Jan 9 (Prensa Latina) Cuban President Miguel Diaz-Canel today remembered the 30th anniversary of the Tarara crime when two young coastguards and two policemen were brutally murdered when they were on duty defending the island's coasts.

Through his Twitter account, the president quoted the phrase of the historic leader of the Revolution, Fidel Castro, at the burial of the victims: “Murdering unarmed and tied up men is simply monstrous”.

Thirty years later, #Cuba remembers the events with deep sorrow and indignation, the head of state added on the social media.

Cuba’s Interior Ministry held a ceremony on Sunday to pay tribute to those heroes and decorate young combatants of the institution.

In 1992, a small group of counterrevolutionaries broke into the Tarara Nautical Base in order to seize a boat and illegally leave for Florida, United States.

According to official documents, Rafael Guevara, 30 years old, security guard of the Nautical Base, and Border-guard sergeant Orosman Dueñas, 20 years old, were on duty at the place when a known individual approached them to engage them in a conversation.

It was a distraction so that four other delinquents were able to attack them from behind with machetes, a ceremonial rifle bayonet, a knife, iron pipes and other metal blunt objects.

As they were unable to start the boat to leave the country, they returned to the facility and machine-gunned the combatants who, at that moment, were being assisted by National Revolutionary Police agents Yuri Gomez, 19, and Rolando Perez Quintosa, 23.

Three of them died on site and another one died later in the hospital from his wounds.

The five violent assailants were arrested, tried and sentenced to capital death.