Israel accused of pushing ahead demolitions in East Jerusalem 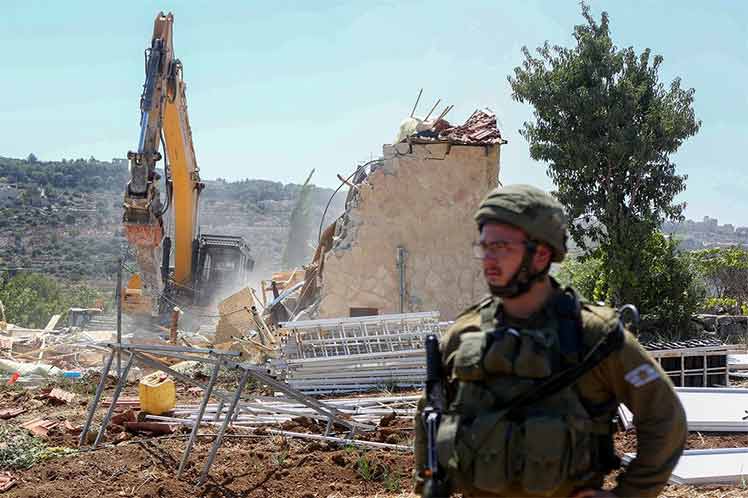 Israel accused of pushing ahead demolitions in East Jerusalem

Ramallah, Jan 9 (Prensa Latina) About 22 000 Palestinian homes in occupied East Jerusalem are today under threat of demolition as part of the Israeli strategy to change the demography of the area, an official source denounced.

The advisor to the Presidential Office for Jerusalem Affairs, Ahmed Al Ruwaidi, told the media that in the Jerusalem neighborhood of Silwan alone there are 5,600 families Israel accuses of lacking legal permits.

This policy is aimed at controlling the land and changing the demographics of the eastern part of the city in order to prevent any possibility of declaring it the capital of a future Palestinian state, Al Ruwaidi stressed.

In view of this situation, he announced the inhabitants of the area agreed to intensify their actions and denunciations to protect their homes, whether through political, legal acts or demonstrations.

The settlers “are implementing a program on the ground to prevent the two-state solution, and impose a fait accompli,” he warned.

For the expert Fakhri Abu Diab, a researcher on Jerusalem affairs, he affirmed that these initiatives are part of a broader strategy to increase Jewish population in the area and isolate it from the West Bank.

The plan is more extensive, and includes the construction of 9,000 housing units in the north at the former Qalandia airport (a project that was halted last year in the face of international criticism) and a new neighborhood in the eastern corridor known as E1, he highlighted.

Abu Diab denounced that occupation authorities are working to increase the number of settlements and settlers, while reducing the number of Palestinians by confiscating land and demolishing homes to force them to emigrate.

UN concerned about demolition of Palestinian houses in West Bank

UN concerned about demolition of Palestinian houses in West Bank