US position on security guarantees is in suspense, Russia says 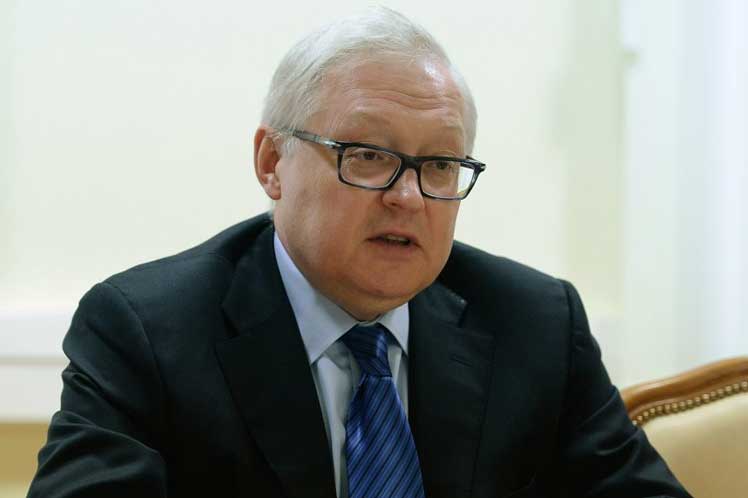 US position on security guarantees is in suspense, Russia says

However, the official described Monday’s negotiation as very concrete and substantial, and pointed out that Russian diplomats had the opportunity to present the logic and content of the draft agreements delivered to Washington and to the headquarters of the North Atlantic Treaty Organization (NATO).

Speaking to reporters after the meeting, Riabkov said that although the nearly eight-hour-long talks “allow us to be optimistic,” the parties did not make political decisions.

He explained that these will be adopted after the talks on Wednesday, January 12, with NATO, and the meeting on January 13 with the Organization for Security and Cooperation in Europe (OSCE).

Therefore, in the opinion of the Russian deputy foreign minister, the main questions about the proposed security compromises required by Moscow “are on hold.”

Regarding the meeting, he pointed out that the Russian side explained how imperative it is for his country to obtain legal guarantees of the non-expansion of NATO and against the deployment near its borders of assault forces that could reach objectives in its territory.

He also stressed the need for the military bloc to return to the borders it had in 1997, before it began to capture countries of the former socialist bloc.

“We have made it clear that if progress is not made in these key areas, indispensable, essential, necessary for us, work in other aspects, although important, will be called into question,” he said.

According to the television channel RT, Riabkov warned of the dangers of a scenario where “NATO countries make a mistake and act to the detriment of European security.”

At the meeting, the United States rejected some of Russia’s proposals and indicated that it will not give up cooperating with countries that want to work together, including Ukraine.