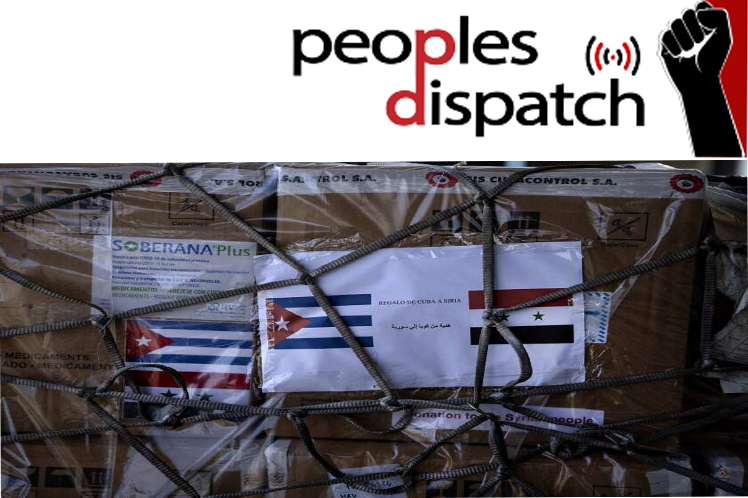 Cuba has fully vaccinated more than 85 percent of its population, more than most rich countries, including the United States, despite the trade blockade that Washington has imposed on the Caribbean island for six decades, the website highlighted.

Meanwhile, the European Union, the United Kingdom and the United States have only managed to fully vaccinate 60-70 percent of their population, the publication noted.

Peoples Dispatch also highlighted that “Cuba has been able to vaccinate its people with the help of indigenous vaccines. It has successfully developed five indigenous vaccines of which Abdala, Soberana 02 and Soberana Plus have been approved and are being used. Two others – Soberana 01 and Mambisa – are still undergoing clinical trials and are yet to be approved.”

“An advantage of these vaccines is that they are based on the traditional technology of the protein sub-unit, making them easy to use. They can be kept in a fridge or even at room temperature and be administered to children,” the website added.

At the same time, Cuban scientists are also working on the first prototype of Soberana Plus as an effective vaccine against the Omicron variant.

“Not only has Cuba succeeded in vaccinating most of its population, including children, it has also started sending these vaccines to other countries that have approved them,” it said

Venezuela, Vietnam, Iran, Nicaragua, and Argentina and Mexico are among the countries that have either approved the Cuban vaccine or expressed interest in doing so. Recently, Mexico approved the use of Cuba’s Abdala vaccine, according to Peoples Dispatch.

The successful vaccination drive in Cuba rides on a well-developed bio-pharmaceutical industry that is state-owned, which caters to the domestic needs for medicines and medical products, keeping these affordable for and reaching all sections of the population.

This is despite the trade sanctions and the embargo imposed on Cuba by the US since the 1960s, whose sanctions have made Cuba vulnerable in financial and political terms where only a few allies and supporting countries get into agreements with Cuba, Peoples Dispatch added.

Cuba provides its vaccines and provides the technology to produce them in stark contrast to the large pharmaceutical companies in developed countries, which refuse to share technical knowledge.

Most wealthy nations are also opposed to the waiver proposal that calls for waiving patents on crucial drugs, vaccines and medical products in times of pandemic.