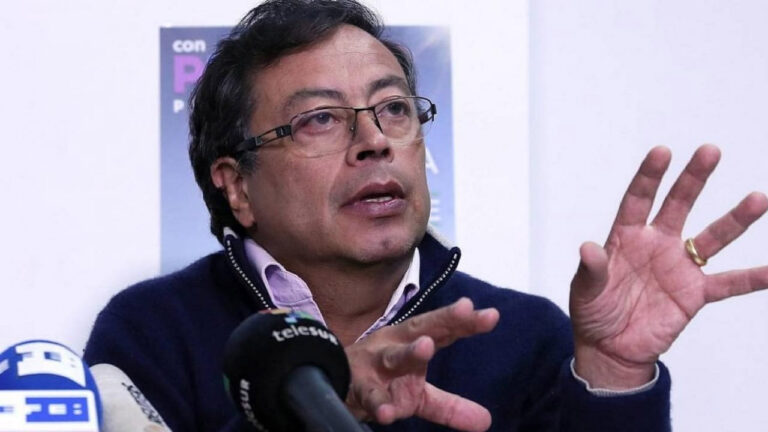 During his visit, which ended with a mass event with the presence of Colombians living in Spain and others who came from Switzerland and France, the senator from the coffee-growing country spoke with numerous personalities in Madrid.

Representatives of the Izquierda Unida, Podemos and Partido Socialista Obrero Español (PSOE) parties, as well as the Unión General de Trabajadores (UGT), expressed their open support to Gustavo Petro as future president of Colombia. So did the Spanish Communist Party.

He met with the head of the Spanish Government, Pedro Sanchez, who received him in his capacity as leader of the PSOE, and both outlined a project to establish in the future a coalition of Ibero-American progressive forces to face common problems, such as climate change, poverty, inequalities, drug trafficking and violence in all its dimensions.

With Yolanda Diaz, second vice-president and Labor Minister, the leader of the Colombia Humana party was interested in the labor reform underway in Spain, from which, he said, some references could be drawn applicable in our country.

He had previously had a talk with Ione Belarra, Minister of Social Rights and 2030 Agenda, and Secretary General of Podemos, on the need to promote the UN Sustainable Development Goals (SDGs) as quickly as possible.

She also met with a group of businessmen from the banking, insurance and airline sectors, among others, and with the former head of the Spanish government Felipe Gonzalez.