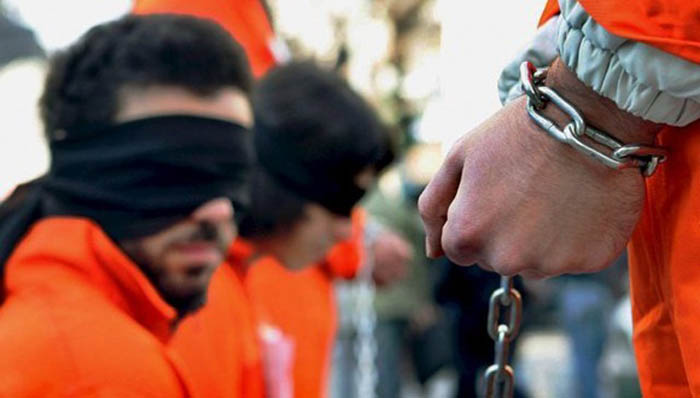 In his Twitter account, the president recalled that it has already been 20 years of scandalous abuses in territory not ilegally occupied in Guantanamo Bay by the biggest human rights violators in the world.

This Tuesday it will be two decades since the arrival of the first prisoners to the prison established by the American government in that militar base, which Whashington maintains in spite of the constant claims made by the island´s authorities in order to recover it.

In a statement, the group of independent rapporteurs of the multilateral organization pointed out that in this facility there are relentless and continuous violations of the fundamental guarantees of the detainees, which constitutes a stain on the government of Washington on issues such as the rule of law.

The rapporteurs rejected the arbitrary detentions without trial and the torture or ill-treatment perpetrated at the facility.

These are “unacceptable” practices for any government, but particularly for the US government that claims to be a protector of human rights, they stressed. They also condemned the impunity enjoyed by those responsible for these abuses.

Once again, the UN experts called on Washington to close the prison and return the detainees to their homes or to safe third countries.

In 2003, they recalled, the prison housed 700 inmates and two decades later, there are still 39 detainees of whom only nine have been charged or convicted of any crime.

From 2002 to 2021, nine detainees died in custody, two of natural causes, and seven reportedly committed suicide. None of them have been charged or convicted of any crime.