Wages and pensions fall in Uruguay due to economic policy 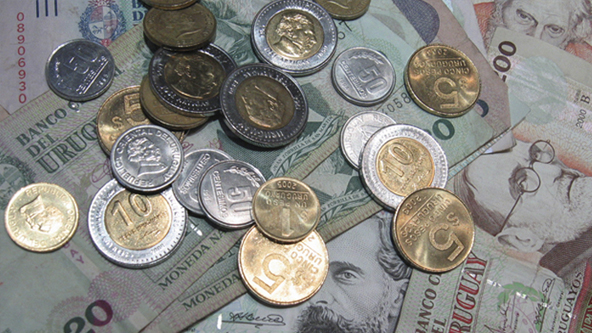 Wages and pensions fall in Uruguay due to economic policy

The year before closed as the second consecutive year of the current right-wing coalition government, in which the adjustment of the salary of the workers was lower than inflation, which also means that retired people will receive a pension below the level of consumer prices.

Ramón Ruiz, director of the PBS for the union movement pointed out that the loss of purchasing power it does not occur spontaneously; it is the result of the application of an economic policy that includes wage restraints.

The Institute Cuesta Duarte of economic studies, which is part of the Pit-Cnt union center, pointed out that in the Wage Councils the government voted 17 times in favor of the employers and 4 times in favor of the workers, when it had to give a judgement due to differences between the parties about the future adjustment of salaries.

On the other hand, the representative of retirees and pensioners at the BPS, Sixto Amaro, said that “salaries should go up, because the gross domestic product increased, more is exported, there is more production, and the income of the country’s entire productive sector grew”.

Days ago, the National Institute of Statistics, published that in the last year the Average Nominal Wage Index experimented an increase of 5,89 percent, down from 7,6 in 2020.

Ruiz and Amaro pointed out that in that way the government saved US$75 million dollars and in 2022 it will stop paying US$100 million, as a fiscal adjustment policy.

The consumption monitor of the consulting firm Scanntech, from Uruguay, reflected a seven percent drop in consumption in December 2021, compared to the same month of the previous year, while invoicing grew by two percent, which considered an inflationary effect of almost eight percent.

Pakistan highlights ties with China prior to Prime Minister’s visit

China warns US on danger for Ukraine

Lula wants to make Brazil a country for everyone