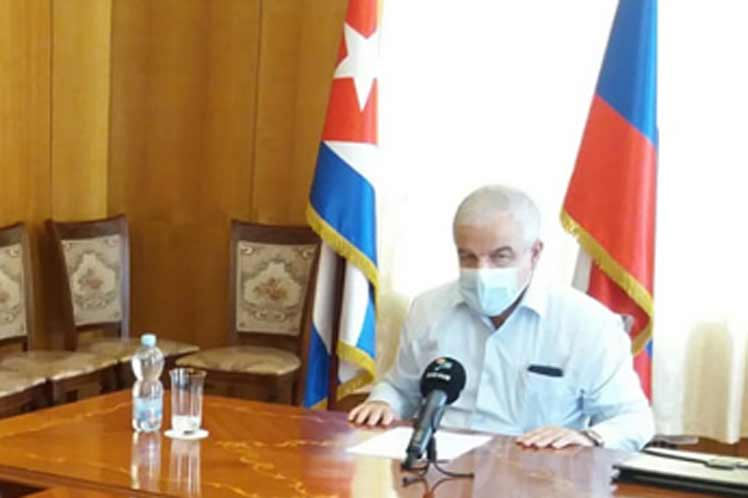 In that sense, the diplomat stressed that the triumph of the Rebel Army commanded by Fidel Castro on January 1, 1959, changed the history of Cuba, of the Latin American continent, and sent a message of hope to all the oppressed peoples of the world.

He pointed out that after the Revolution nothing was the same and it was an example of how a small people can take up arms, achieve victory and freedom, and choose their own future.

Garmendia stressed that thanks to the liberation of the Cuban people from the dictatorship, the new revolutionary government could offer the nation, among many achievements, free public and universal health care, education at all levels, sports for all and high levels of social assistance.

He affirmed that 2021 was very hard for the whole world and also for the Cuban people, who suffered the intensification of the economic, commercial and financial blockade imposed by the United States.

He stated that former President Donald Trump approved 243 more sanctions, while the current president, Joe Biden, did not change anything regarding Cuba, despite his electoral promises.

Garmendia pointed out that the mounting of a destabilizing operation aimed at crushing the Cuban Revolution in July 2021, accompanied by a media campaign aimed at overthrowing the status quo in Cuba, cannot be ignored.

“However, our people succeeded in facing all these adversities. In the first place, it defeated the attempts of our adversaries to achieve a regime change and reinstall capitalism in Cuba,” he added.

The diplomat emphasized that thanks to the efforts of the Government and the health personnel, Cuba also countered the Covid-19 pandemic in an exemplary way.

He explained that Cuban scientists developed five vaccine candidates, three of which were approved as vaccines, and today nearly 90 percent of the Cuban population is fully vaccinated, including children from two to 18 years of age.

The diplomat also mentioned the help offered by Cuban medical brigades to more than 40 countries, including Europe, in the fight against the SARS-CoV-2 coronavirus.

“There are still difficulties, shortcomings, obstacles to overcome, but it should be noted that our people, after all these battles, are more optimistic and look with optimism to the year 2022 that is just beginning,” he concluded.