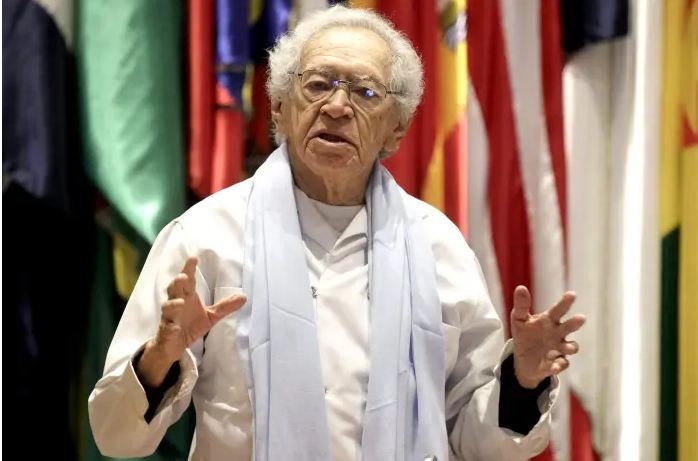 Thiago de Mello, an icon of national culture and born in Barreirinha, leaves a legacy of love for art and our roots,

governor of the Amazon state, homeland of this intellectual, born on March 30, 1926, said in his message of condolences.

He lived in Manaus during his childhood and moved to Rio de Janeiro after elementary school. After that, he tried to be a physician and studied at the National Medicine School, but dropped out from his major to follow the difficult and unknown path of being a writer until his first poem, Silence and Word (1951), was published.

The masterpiece The Statutes of Man, a classical poem of contemporary national literature and a hymn of hope in which he reflects about man’s relationship with nature, stands out in his vast literary production, which has been translated into more than 30 languages.

Considered one of the country’s most influential and respected writers, his name is related to some of the most renowned intellectuals from Latin America, such as Chilean poet Pablo Neruda, who was a close friend.

In Argentina, Chile, Portugal and Bolivia, where he lived in exile after being persecuted by the Brazilian military dictatorship (1964-1985), he always defended just the causes in the continent.

The funeral of the poet, a member of the Amazonian Academy of Letters, will take place at the Palacio Rio Negro Cultural Center, in downtown Manaus.

Journalist warns about use of fake news during election in Brazil

Journalist warns about use of fake news during election in Brazil