Cuba has vaccinated 87.2 percent of population against Covid-19 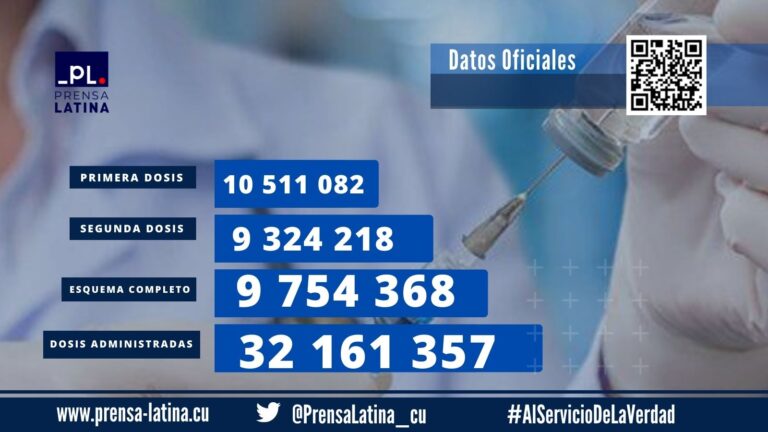 Cuba has vaccinated 87.2 percent of population against Covid-19

With the administration of a total of 32,161,357 doses of domestic vaccines Soberana 02, Soberana Plus and Abdala, Cuba is the leading country in the world regarding the number of daily shots per 100 inhabitants (an average 282.53), according to data from the statistics website of the University of Oxford, Our World In Data.

The MINSAP report indicates that, so far, 10,511,082 people have received at least one dose of domestic vaccines, including Covid-19 convalescents, who are being administered a single shot of Soberna Plus.

Cuba decided to speed up the administration of the booster shot since December, 2021, as a measure to protect the population against the spread of the new coronavirus variant, Omicron. A total of 3,345,351 people have been administered a fourth dose.

In this regard, Cuban Foreign Minister Bruno Rodriguez on Friday said that having fully vaccinated 87.2 percent of the population and 29.9 percent with the booster shot is a protection against the new outbreak.

According to mathematical models made by Cuban scientists and health authorities, high peaks of cases are expected, but a sharp decline in mid-March is predicted.