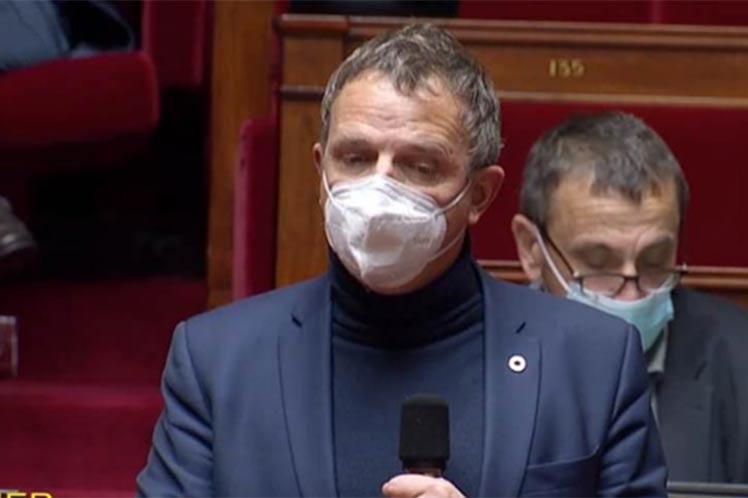 Imagine how important it would be, within the objective of protecting our fellow citizens, to expand the number of approved vaccines, stressed the president of the France-Cuba Friendship Group at the Assembly.

In a debate on the bill to transform the current health pass into a vaccination pass, the environmentalist parliamentarian advocated allowing authorities in the overseas territorial groups, especially the Caribbean, to immunize their inhabitants with Cuban products.

The population there is suspicious and it is understandable, let’s remember the issue of chlordecone and the damage it caused, when they were told that it would not cause problems, he commented.

For almost two in the late 20th century, the insecticide chlordecone was used on banana crops with fatal consequences for humans and the environment in territories such as Guadeloupe and Martinique.

In the Antilles, they will trust Cuban vaccines much more than US-made ones, Lambert stressed.

Cuba has elaborated and produced the Abdala and Soberana 02 vaccine at a large scale, with which it has already protected 90 percent of its population from Covid-19, products that it sent to countries in Latin America and Asia.

Lambert has repeatedly called for more cooperation between France and Cuba in health matters, a demand driven more strongly in the context of the pandemic.

The parliamentarian is also a harsh critic of the US economic, commercial and financial blockade against Cuba, a country he describes as a lifesaver due to its international solidarity.