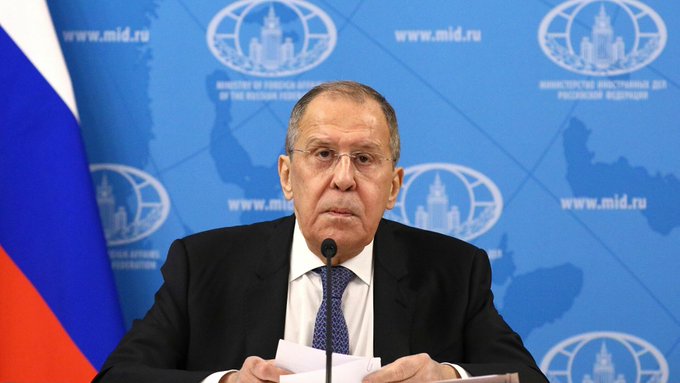 “In the meantime, we will continue to work to make sure we are ready for any developments,” the senior official said at a press conference to address this nation’s foreign policy priorities.

He pointed out that the Russian authorities are convinced that if there is good will and compromise, a solution acceptable to all parties can always be found.

In this regard, the Foreign Minister highlighted how early last year Moscow and Washington managed to extend the Treaty on Reduction and Limitation of Strategic Offensive Arms (Start III) for five years without any conditions, as proposed by Russia.

He explained that during the recent talks, the North Atlantic Treaty Organization (NATO) headquarters considered that Moscow’s demand on the non-expansion of that military bloc to the east could not be met on the grounds that only member countries decide whom to accept and from whom to receive requests.

Lavrov pointed out that the Russian position is not based on NATO documents, but on agreements drawn up for the entire Euro-Atlantic community within the framework of the Organization for Security and Cooperation in Europe (OSCE).

He recalled that these documents, adopted at the highest level at the OSCE Summit in Istanbul in 1999, state that the freedom to choose alliances is conditioned by the need to ensure the indivisibility of security, so that no one can take any action in their favor to the detriment of the security of another state.

He recalled that the presented legal guarantees also exclude the deployment of attack weapons in neighboring territories that pose a threat to this country and the return of the configuration of the European security architecture to 1997, when the Russia-NATO Basic Act was signed.

The foreign minister reiterated that these are the three fundamental requirements raised at meetings in recent days with the United States, NATO and the OSCE.