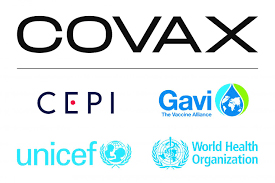 Geneva, Jan 17 (Prensa Latina) The Covax mechanism of the World Health Organization (WHO) for the equitable distribution of Covid-19 vaccines has delivered one billion doses; however, inequality still persists, the international health agency itself acknowledged.

The figure was reached after 1.1 million doses were sent to Rwanda, one of the 144 countries where shipments of vaccines have arrived through this system, which was compromised by the hoarding of products by rich countries, and the catastrophic outbreaks that caused the blocking of borders and supply, WHO indicated.

According to an official statement from the organization, until January 13, 2022, out of 194 UN Member States, 36 had vaccinated less than 10 percent of their population and 88 had immunized less than 40 percent.

At the beginning of September 2021, Covax announced that it will only have about 1.4 billion doses available by the end of that year, far less than the two billion committed at that time and, therefore, only 20 percent of the population in the 92 poor countries to which vaccines were to be delivered.

With updated vaccines in progress, WHO text noted, now is the time for all citizens to demand that governments and pharmaceutical companies share global health tools in order to end the cycles of death and destruction caused by the pandemic, and limit the circulation of new variants of SARS-CoV-2.

“The work done so far through Covax is just a reminder of all that remains to be done,” the UN agency stressed.

Given this situation, WHO Director-General Tedros Adhanom Ghebreyesus has repeatedly insisted that the world should have met its goal of vaccinating 70 percent of countries’ populations last year.

Figures from the Oxford University website, Our World in Data, show that 9.68 billion doses were administered worldwide and at a rate of 32.92 million every day.

Only 9.5 percent of people in low-income countries have received at least one dose.