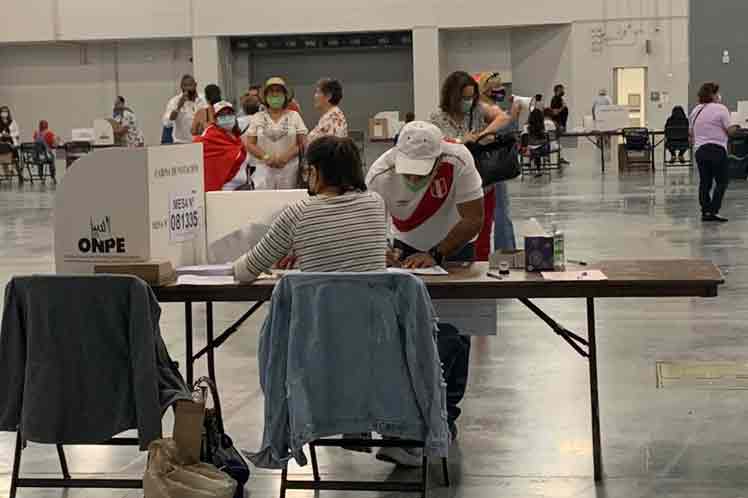 The head of the commission, Jorge Montoya, from Renovación Popular (RP), said that, despite an opinion that filed a complaint about allegations of falsification of signatures of members of voting tables, the congressional group also intends to elaborate modifications to the electoral law.

The alleged falsification, basis of the narrative of fraud of the neoliberal candidate Keiko Fujimori, of Fuerza Popular (FP), a group allied to RP, was ruled out in the cases of the towns of Huari, Moyobamba, Tacabamba, Mariano Melgar and Sicuani. Some other analogies were pending to be discarded, whose filing is imminent, out of a total of hundreds of cases that, according to FP, had tilted the result of the ballot in favor of Pedro Castillo and against Fujimori.

“Simply, we are going to prepare the report that will come out at the end of the investigation (next September) and we are working on recommendations to modify the electoral issue,” Montoya declared.

Alonso Cárdenas, a political scientist, asserted that the commission was created by “a whim of a powerful group that did not want to recognize the results of the elections” and the matter was definitively settled.

Salas affirmed that the challenges sought to stop the electoral process or postpone the results to avoid the proclamation of the one who the majority of the citizens defined with his vote (Castillo).

He recalled the harassment of violent groups and other pressures that he and other electoral authorities suffered to stop defending the electoral results of the June 2019 ballots.