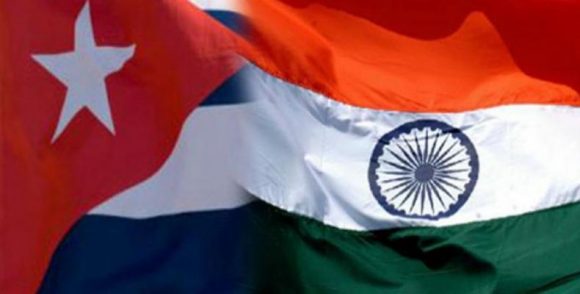 In each case, Cuban authorities reiterated the aim of strengthening bilateral relations, a diplomatic source reported.

Republic Day is one of India’s major holidays and celebrates the entry into force, on Jan.26, 1950, of that country’s Constitution, the largest in the world due to its 448 articles, which gave effect to national independence by replacing colonial laws.

On the other hand, Simancas and India’s Minister of Foreign Affairs, Meenakashi Lekhi, commemorated the 62nd anniversary of relations between both countries, which was celebrated on Jan. 12.

The parties ratified their willingness to strengthen bilateral ties and agreed to expand political dialogue, trade exchange and economic relations, as well as cooperation in education, health, biotechnology and handling of natural disasters.

Lekhi congratulated her counterpart on the 63rd anniversary of the Cuban Revolution during the meeting, held at the headquarters of India’s Ministry of Foreign Affairs, with the presence of Gloria Gangte, director of the Latin America and the Caribbean Division of the Foreign Ministry, and Abel Aballe, deputy head of the Cuban diplomatic mission.