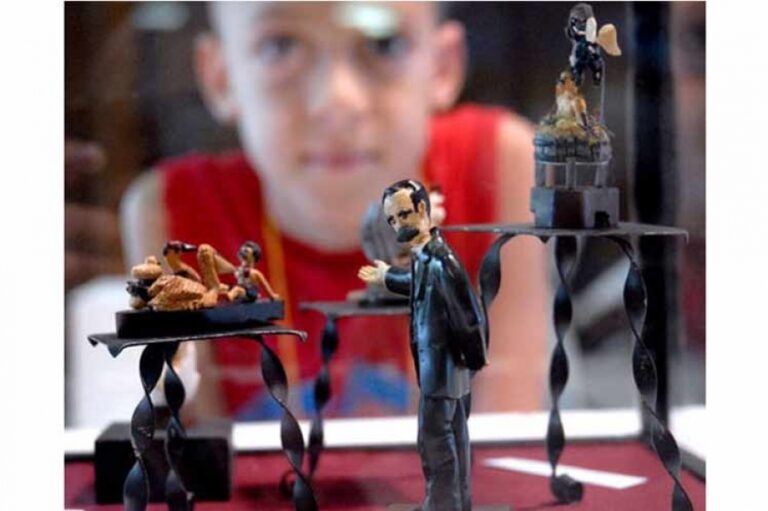 Sancti Spíritus, Cuba, Jan 20 (Prensa Latina) Works participating in the XV José Martí Miniature Art Salon, ecology and the arts are exhibited today at the headquarters of the branch of the Cultural Society that bears the name of the Cuban National Hero .

The new edition, with a national character and where small pieces stand out, had 70 works from eight provinces of the country, such as Havana, Villa Clara, Las Tunas, Cienfuegos, Santiago de Cuba, Matanzas, Ciego de Ávila and Sancti Spíritus. .

The jury awarded the prize in the category of Visual Arts to Marcos A. Ruiz, who presented two works, one of them entitled A sincere man, where he used the technique of graphite and charcoal on cardboard, and the other When I’m glad.

Meanwhile, in the Crafts section, the award was obtained by Ángel Luis Alfaro, from Sancti Spiritus, while José A. Naranjo received a Mention.

Considered the only one of its kind in the country, the event -which lasted two days- also included three collateral exhibitions.

Every January, the aforementioned salon summons creators from all over the country to reflect on the life and work of the distinguished Cuban patriot, writer and poet, born on January 28, 1853 in Havana and killed in combat on May 19, 1895. .

On this occasion, tribute was paid to the 169th anniversary of the birth of the one cataloged as the most universal of Cubans, known as the Apostle of independence and Teacher.

The works, several of which require a magnifying glass, are exhibited at the headquarters of the Sancti Spiritus branch of the José Martí Cultural Society, located in an old mansion on a central artery of this heritage city, founded in 1514.