Cuba 63 years after its first battle against misinformation 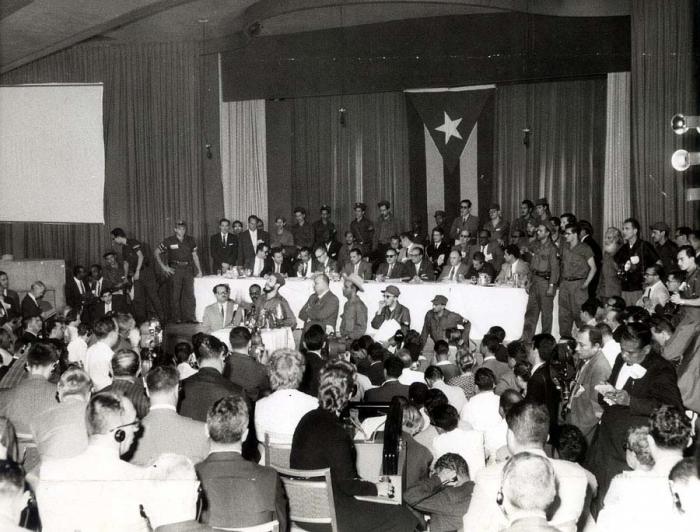 Cuba 63 years after its first battle against misinformation

Havana, Jan 22 (Prensa Latina) The nearly 400 journalists who responded to leader Fidel Castro's invitation to see by themselves the reality of Cuba, on January 22, 1959, is considered the first battle against disinformation.

Gathered at the Habana Riviera Hotel, the national and international press professionals took part in the so-called Operation Truth, carried out to confront a campaign of slander over the trials of torturers and murderers linked to the Fulgencio Batista dictatorship (1952-59).

According to historical archives, days before, a group of US congressmen had declared their opposition to the prosecution and punishment of those war criminals, and requested the State Department to intervene in the matter.

Their demand was followed by a media charge of libeling reports seasoned with fake information and distortion of facts, and the requests for measures against the Caribbean island.

The US propaganda apparatus, through its wire services AP and UPI, magazines and newspapers, mounted an international campaign accusing Fidel Castro and other leaders of turning the country into a “bloodbath”, Cuban journalist Juan Marrero recalled in a long historical story.

In response, the historic leader summoned journalists from the United States, Latin America and Europe to meet in Havana and see, with their own eyes, the deluge of lies that the mainstream media published daily, Marrero underlined in his article of January 1959: Fidel and Operation Truth.

As a result, five months later, on June 16, with the collaboration of outstanding Cuban and foreign professionals, the Latin American news agency Prensa Latina, the first alternative media in the region, was born.

For Marrero, Operation Truth was the beginning of the confrontation of what we know today as media warfare, which, according to authorities and experts, US continues to wage against Cuba.

A hundred Palestinians serve over 20 years in Israeli prisons

Vaccination of children under 11 years of age starts in Cuba

A hundred Palestinians serve over 20 years in Israeli prisons

Vaccination of children under 11 years of age starts in Cuba