La Rosa de Jericó in the voice of Ivette Cepeda 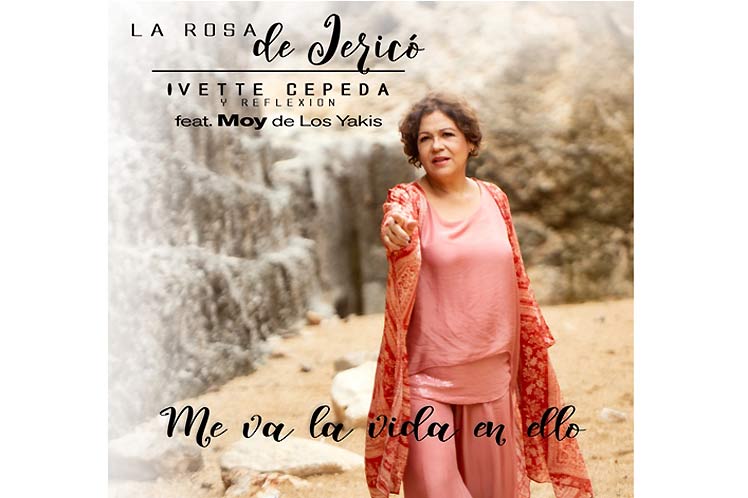 La Rosa de Jericó in the voice of Ivette Cepeda

The sound production is the result of a long creative process that gathers 11 gems of the Cuban song field and which includes the theme Me va la vida en ello (My life depends on it) – by Spanish singer and songwriter Luis Eduardo Aute – in collaboration with gypsy artist Moisés de Moidanis de Los Yakis, renowned in Madrid.

“This is the first time I make a record from the distance. I am fond of duets but I particularly admire Moy de los Yakis. I enjoyed listening to this theme in his voice, which perhaps breaks with gypsies’ philosophy,” Cepeda told The Havana Reporter in an exclusive interview.

On this occasion, the singer finds points of contact with the work of notable Cuban composers such as Carlos Varela, Polito Ibáñez, Ireno García o Augusto Blanca. At the same time, she renders tribute to other Cuban artists who already passed away, including troubadour Santiago Feliú and actress Broselianda Hernández.

The album’s first songs – Ayer y hoy enamorado de Santi (Yesterday and today, in love of Santi) and Fue tal vez (Perhaps it was) – were dedicated to them “for being an ode to hope.” The latter is the only theme that is already available on video and in which talented pianist and arranger Joel Domínguez participated together with musicians of the Spanish band and instrumentalists of the Havana D’Primera band.

“I am really pleased with La Rosa. I also decided to sing themes by Cuban authors, especially by troubadours, because I like to defend that deep, poetic level, to draw inspiration from the reality I know, that of my country,” she acknowledged.

From the spirituality of her voice, Cepeda goes from her successful romantic tone to the new expressions that salsa singing means. ”Getting involved in this genre in a country with a peculiar salsa tradition was a nerve. I did it because the songs demanded it and I wanted to get to the dancing audience,” said the singer.

However, love is again the key theme of her work, in which she is particularly accompanied by the Reflexión band and other young members of the Mozarteum project, who contributed to her performance with their lyric touch.

The themes included in this, her fifth phonogram, are already available in virtual shops and the Cuban music platform Sandunga, and also deal with the topic of splendor, reencounter and the wonders of life when you start again.

“I appealed to purity, to the beauty of each theme in the repertoire. This is the record I have been more committed to,” stated the artist, who also added that this production kept her creatively active since its conception in 2018, prior to the stop imposed by the health crisis in Cuba.

Like a rose of Jericho, Cepeda expands her work and opens her repertoire to the multiplicity of genres she is able to master with the purpose to please her large audience, both in Cuba and abroad.