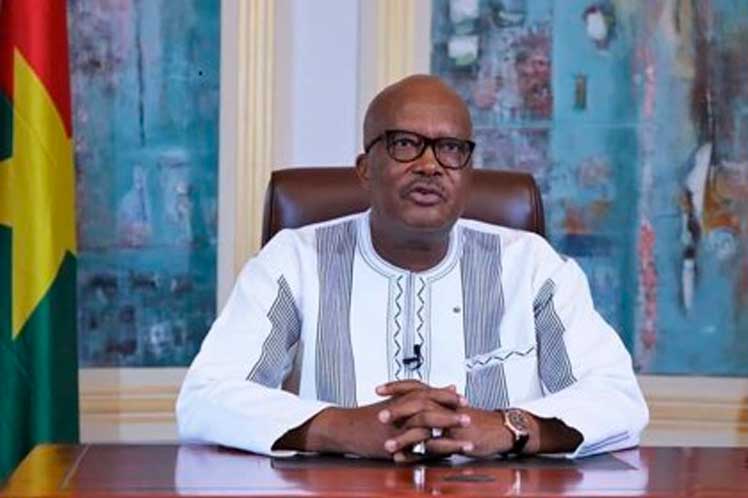 “I invite those who have taken up arms to lay them down for the good of the nation”, Kaboré wrote on his account without fully clearing up the unknowns about his location or whether he is still being held.

He explained that the country is going through difficult times while he called to safeguard democracy and said that “it is through dialogue (…) that we must resolve our contradictions”.

Information disclosed by the portal Burkina24 reported that the head of state was isolated this morning in the army camp Sangoulé Lamizana, while armed troops were positioned in front of government agencies and the headquarters of the national television RTB.

Other sources indicated that the Prime Minister, Lassina Zerbo, and the president of the National Assembly, Alassane Bala Sakandé, are also in custody.

During the night of Sunday to Monday the Government reported gunshots in military units near the presidential residence, but denied that it was a military coup.

In the midst of popular demonstrations, which took place the day before, military personnel expressed their dissatisfaction inside the barracks by demanding the resignation from their posts of top representatives of the Army and the use of various means to contain the violence unleashed since 2015 by radical Islamist groups.

Kaboré decreed a curfew in force until this Monday, while the Community of West African States (Cedeao) called for calm and the return of the uniformed to the barracks.

Meanwhile, the mutineers released General Gilbert Dienderé, former chief of staff of former President Blaise Compaoré, convicted of a coup attempt in 2015 and also prosecuted for the assassination of Pan-Africanist leader Thomas Sankara.

The crisis comes two weeks after the arrest of eight military personnel, including a commander, for an alleged plot to destabilize the country’s institutions.