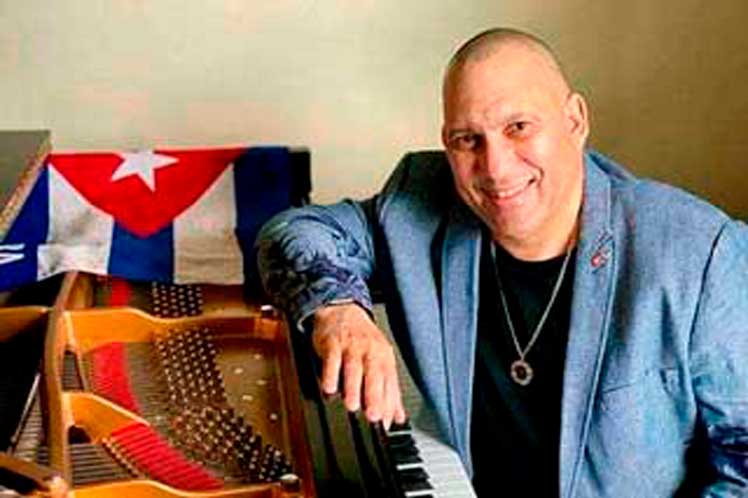 On his official Twitter account, the president described what happened to this musician, also a composer, as moving because “almost at death’s door, he built bridges for life between Cuba and the United States,” he wrote.

“Thank you, Nachito, for your love for the homeland. We will not give up our fight against the economic, commercial and financial blockade imposed by Washington for almost six decades, the head of State stressed.

According to a report by local television, Herrera, a Cuban resident in the US state of Minnesota, was gravely ill at the outbreak of the Covid-19 pandemic, in March, 2020, when there was little information about that disease.

His condition worsened swiftly: the pianist had low oxygen levels and even 90 percent of his lungs were filled with liquid to the point that American doctors predicted he had three hours to live.

He was taken to the University of Minnesota, where a type of technology called ECMO (extracorporeal membrane oxygenation) assumed the functions of the body while the lungs were healing from the disease caused by the SARS-CoV-2 coronavirus.

Contact with Cuban specialists, such as doctor Tania Crombet, Clinical Research director at the Center of Molecular Immunology in this capital, was made through the Cuban Embassy in the United States to assist the pianist.

Herrera emphasized that he could recover due to the collaboration between scientists of both countries, mainly between Crombet and Melissa Brunsvold, professor of surgery at the University of Minnesota.

The pianist arrived in Havana recently with a donation of over 10,400 pounds of hospital supplies and musical instruments and on Sunday closed the 37th Jazz Plaza International Festival 2022 with a concert entitled Cuba vive (Cuba lives).