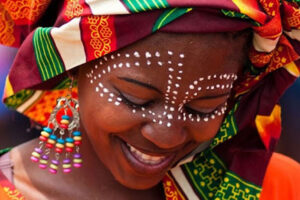 The event will be sponsored by the Fernando Ortiz African Cultural Center, the Provincial Department of Culture, the UNESCO Chairs of Afro-Ibero-American Studies of the Spanish University of Alcala and of Afro-Caribbean Studies Romulo Lachatanere, the provincial government and the University of Oriente.

The legacy of Africa in the socio-racial identity of Latin American and Caribbean countries will be the focus of academic debates from a multidisciplinary perspective, with the participation of specialists, scholars and those interested in these topics.

Visual artists, musicians, doctors, filmmakers, choreographers, dancers, priests and practitioners of popular religions of African origin will also take part in the lectures of the four commissions and an equal number of workshops, in addition to the Symposium on Medicine.

The event will adopt virtual and face-to-face modalities, in accordance with the epidemiological situation posed by Covid-19, and will be held in English, French and Spanish.

In its previous editions, the conference brought together scholars from universities and other Cuban and foreign educational and cultural institutions, with a notable presence of representatives of the African diplomatic corps accredited in Cuba.