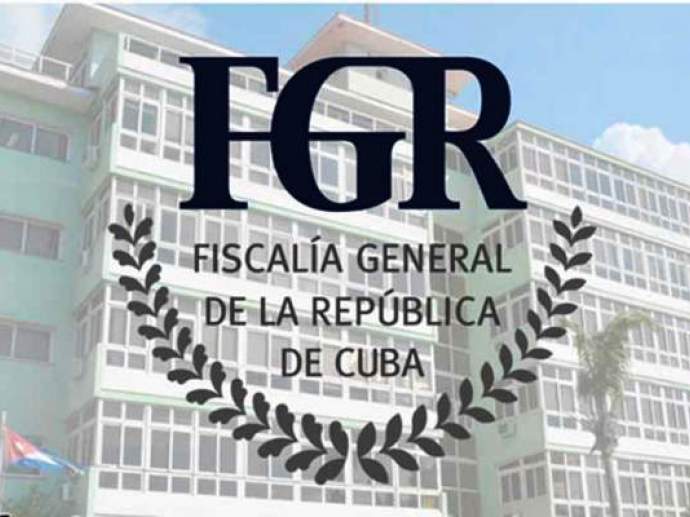 In a note published by Granma newspaper, the judicial body detailed that after the investigations of those events, 117 files were presented corresponding to the most important ones , of which 110 went to court, with 710 accused.

Sixty-nine percent of them were secured with the precautionary measure of preventive detention.

The FGR verified compliance with the rights and constitutional guarantees of due process, and controlled the development of the investigations carried out by the bodies of the Interior Ministry, the right to defense was guaranteed, the lawyers provided evidence and had access to the proceedings, states the text.

In view of the manipulation in social networks and the press about alleged violations of the human rights of minors, he reaffirmed that in Cuba these are not subjects of criminal law, and pointed out that the investigations proved the participation of 27, to whom the established legal procedure was applied.

Ten of the detainees went to integral and behavior training schools, for their involvement with adults in the commission of these acts, and 17 were given individualized attention in the school of the National Education System where they are studying.

The Prosecutor’s Office clarified that 55 of the accused are between 16 and 18 years of age, of which 28 were secured with the precautionary measure of provisional imprisonment.

Based on the possibilities provided by the law and as a result of the practice of the evidence in the trial, the acknowledgement of the facts, the repentance shown and the condition of students, the Prosecutor’s Office modified the sanction request to others of lesser severity for 18 of these defendants.

The information also states that 60 of them are between 19 and 20 years old, and 41 of these have been remanded in custody.

As a result of the 84 trials, the Prosecutor’s Office has been notified of 44 sentences issued by the courts, in which 172 defendants were sanctioned, who had the right to establish the corresponding appeals, according to the FGR communication.

Cuban authorities insist on the need for food development

US protesters call for a Voting Rights Bill

Cuban authorities insist on the need for food development

US protesters call for a Voting Rights Bill