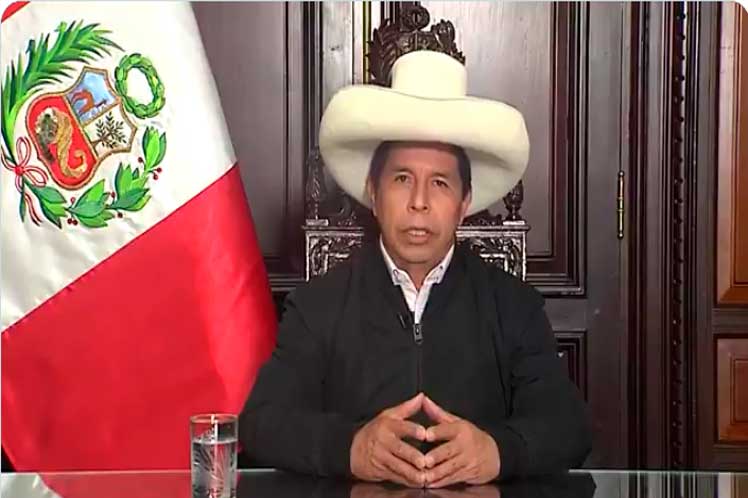 Lima, Jan 26 (Prensa Latina) Peruvian analyst Gustavo Espinoza today highlighted the statements made in a television interview by President Pedro Castillo, on the principle of non-intervention as an element of relations between his country and Cuba.

Espinoza pointed out that the president “flatly refused to follow the parameters” proposed by the interviewer of a US television network, in an effort to make Castillo distance himself from Cuba and other progressive governments in the region.

“On the contrary, the president affirmed as basic concepts that he seeks the unity of the peoples of Latin America, that each process is free and independent, and that he does not interfere in the affairs of other countries,” he asserted.

In the interview broadcast last night, Castillo, when asked about Cuba, said he would like to have a well-united Latin America and that the Island “is a sister country” and on whether Cuba is a dictatorship, he replied that “we will have to ask the Cubans”.

Faced with the insistence that he wanted the head of state to assume that description against the Antillean nation, Castillo said: “I would not want any country or person to interfere in the lives of Peruvians.

He extended the same concepts to Venezuela and on the subject of the political models of Cuba, Venezuela and Nicaragua, he asserted that “each country is autonomous and what I have to do is what Peru says.”

Espinoza pointed out that Castillo affirmed in other words that the Peruvian process will follow its own path, as has also happened with the processes of other countries, because “in effect, each people carves their own destiny.”

The interview, due to its intentions, “has failed then and has rather served to reaffirm the autonomous and sovereign sense, but also solidarity of the experience we live” in Peru, added the Peruvian analyst, former parliamentarian and solidarity activist.