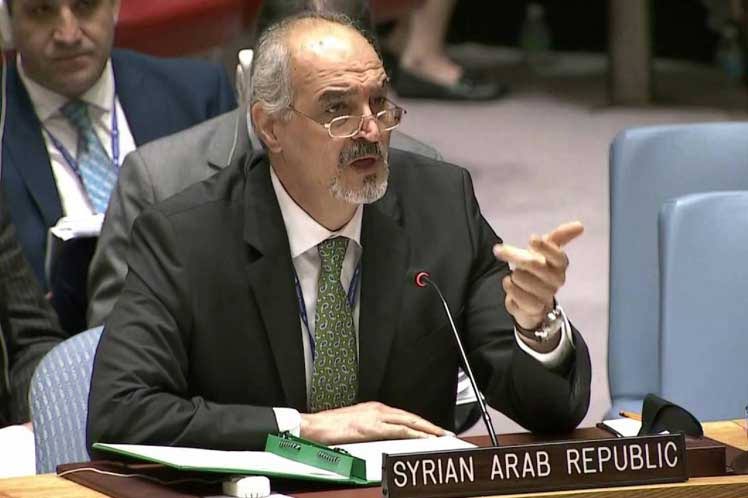 Since 2011, Syria has been facing serious challenges that have left catastrophic repercussions on human rights, al-Jaafari told the UN Human Rights Council.

They, he added, were exacerbated by the imposition of unilateral coercive measures by Western countries, led by the United States and the European Union,

He denounced that these measures were intensified in the midst of the Covid-19 pandemic and became true economic terrorism that violates the citizen’s right to life, health, education and development.

He explained the efforts, programs and national plans made by Damascus to improve the protection of human rights despite the difficult circumstances that the country continues to experience as a result of the war, the blockade, the foreign occupation and the plundering of its natural wealth.

We have formed a committee to document human rights violations and there are already 20 promulgated amnesty decrees, while several laws were issued aimed at facilitating the return of refugees to their homes, the vice-chancellor clarified.

He added that a new Civil Status Law and the Child Rights Law were approved, and permits were granted to create new parties to enhance political pluralism.

The country currently has 11 parties, add the 10 parties that make up the National Progressive Front, he specified.

He also highlighted that Syria cooperated with governmental and non-governmental organizations and approved that some 44 international humanitarian NGOs work on its territory.

All this with the aim of supporting the state’s efforts to help mitigate the negative effects of the crisis and unilateral coercive measures and meet the basic needs of Syrians, especially the most vulnerable groups, he concluded.