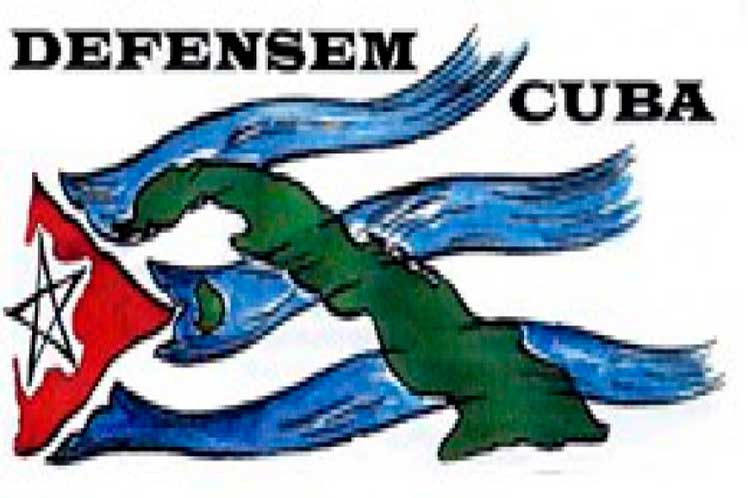 Defensem Cuba had the collaboration of Contransa company, after gathering donations for months to Cuba.

In statements taken by Prensa Latina from Cubainformacion website, the Catalan organization explained that “with this small grain of sand we want to demonstrate that Cuba is not alone, that there are millions of us in the world who support the brave Cuban people and the model of society that it decides, without political interference.”

According to the initiative promoters, it is the first milstone of the “Tons of Solidarity against the Bolckade against Cuba” campaign of the State Movement of Solidarity with Cuba in Spain (MESC), that will continue with a next container, purchased with proceeds from troubadour Silvio Rodríguez´s last concerts in Madrid, as well as with contributions from several groups.

The official presentation of the campaign will be in February during the loading of the container in Madrid. Precisely, that month will mark the 60th anniversary of the officialization of the economic, financial, and commercial blockade of the U.S against Cuba.

Cubainformacion detailed that the 57 organizations that make up the MESC have launched the campaign “Tons of Solidarity against the Blockade against Cuba”, whose antecedent is that of “Syringes for Cuba” which, in a few months, raised funds for the purchase of four million of these items, used in the current process of mass vaccination on the island.

The consignments of this new campaign go beyond material or humanitarian aid and are part of the international struggle against the illegal, obsolete and criminal blockade.

In this regard, the MESC pointed out that the campaign will be accompanied by information and awareness-raising activities on the blockade against Cuba, and each organization will carry out collection actions according to its circumstances and possibilities.

Non-perishable materials (mainly medical) or economic donations for their purchase and shipment will be among the priorities of the campaign for which a dozen bank accounts have been set up for that purpose.

Several containers are expected to be shipped through various ports from January to July 26, 2022, the date on which the Cuban people celebrate the Day of National Rebellion.