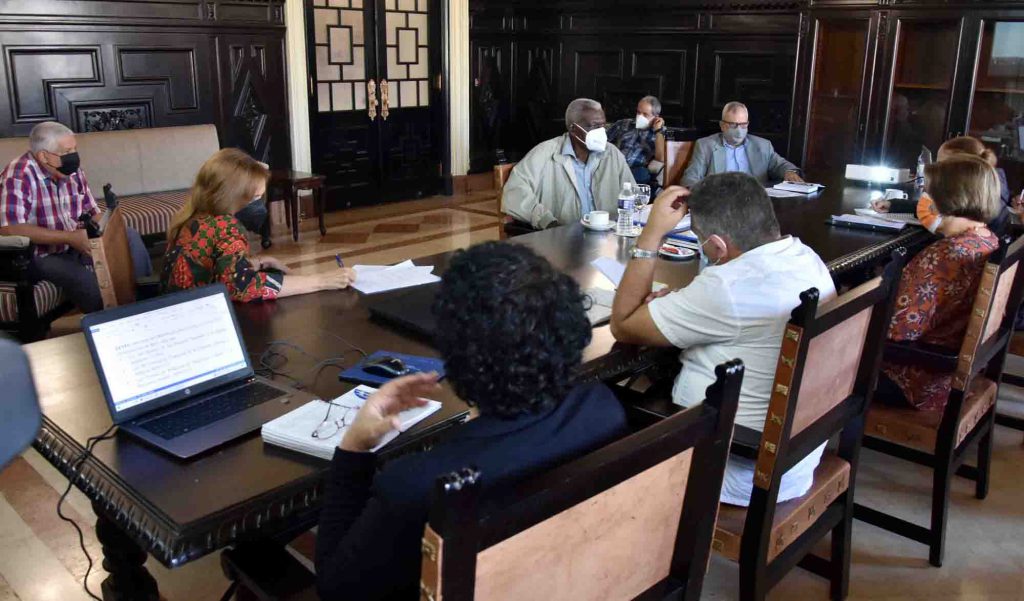 This was revealed on Thursday at a meeting to assess work carried out in 2021 by these groups and their projections for 2022. It was presided over by Esteban Lazo Hernandez, President of the National Assembly of People’s Power, according to a statement by this organization.

Deputies must also follow up the development of the different economic actors, especially the changes of the socialist business system, compliance with the Budget Act, prioritizing municipalities and social issues.

The commissions will also oversee the legislative timetable and the verification of the laws and decrees approved, participation in the design of public policies with young people and the improvement of work systems that prioritize the connection with the population and stimulate citizen engagement, among others.

In this regard, the president of the National Assembly urged to continue working with more efficency and boosting the use of science, innovation, social communication and initiatives to permanently support the work of Parliament and the Council of State.

Lazo said that each activity should be based on dialogue and the connection with the population in neighborhoods, communities, workplaces and schools, as well as the support to the national programs and tasks and the follow-up to Parliament’s agreements and legislative activity.

He also insisted on the relevance of popular participation and control in every process, and to be consistent with the meaning of the concept of People’s Power, as recently First Secretary of the Central Committee of the Party and President of the Republic of Cuba, Miguel Díaz-Canel, put it.