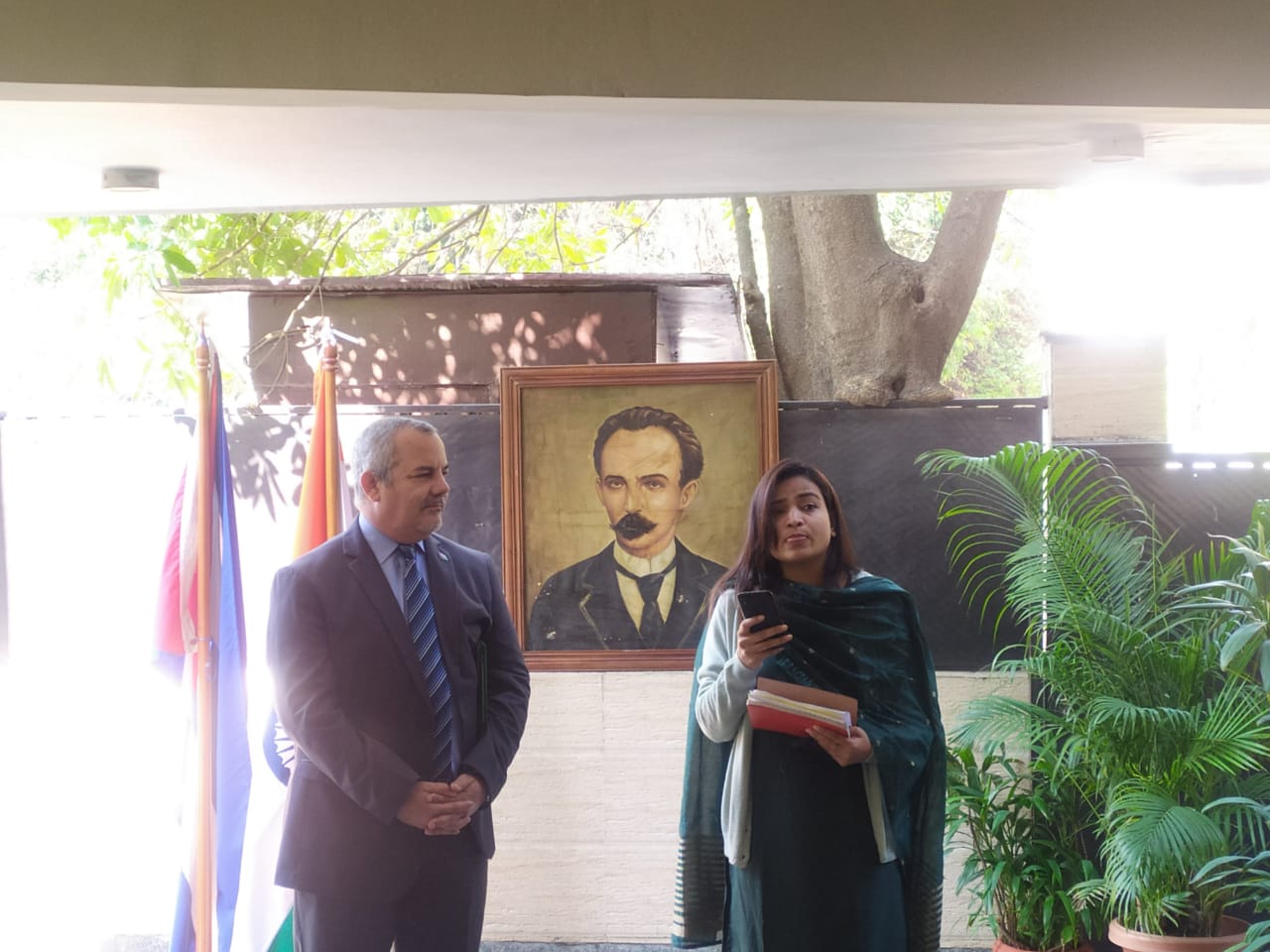 A wreath of roses was laid before the bust of the Apostle of the Cuban Independence at the headquarters of the Cuban Embassy with the participation of Latin American ambassadors.

His ideas help us deeply understand the causes of the evils that exist in our society such as people’s marginalization due to social division into castes. That is why, his thought lives on, she noted.

Young people need some kind of spiritual support, so Marti’s articles and essays such as Nuestra America (Our America), Con todos y para el bien de todos (With All, and for the Good of All), Mi raza (My Race) and others are so relevant and help us understand our own society, the scholar added.

The professor said that we must continue translating his works and disseminating his thought so that young people understand how a new, equitable and discrimination-free society should be built.

Other speakers, such as Cuban Ambassador to India Alejandro Simancas, and Ramit Singh Chimni, a member of the jury of UNESCO’s Jose Marti International Prize, also highlighted this distinguished patriot’s life and work.