Imminent crisis in Peru due to resignation of Minister of Interior 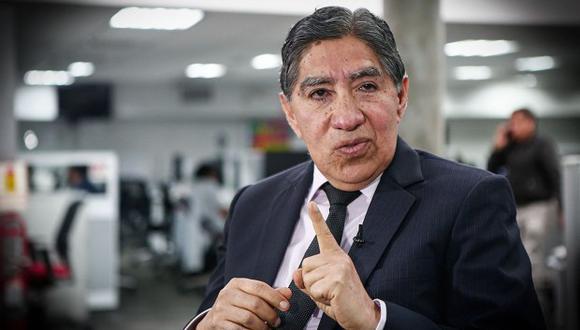 Imminent crisis in Peru due to resignation of Minister of Interior

Lima, Jan 28 (Prensa Latina) An imminent crisis today prompted Peru's Interior Minister, Avelino Guillén, to resign from office amid a new opposition offensive that includes a motion by the extreme right calling for the president's departure from office.

The resignation was known to sources close to Guillén’s office, and its eventual acceptance has not been officially announced and, according to informants, is due to disagreements between the minister and the head of the National Police, General Javier Gallardo.

The differences, multiple versions agree, are due to changes made by Gallardo against the opinion of Guillén, who would have repeatedly asked the head of state to support him in the controversy, without achieving his objective.

According to press reports, the changes of Gallardo, linked to Castillo, included important officers from the High Complexity Crimes Division (Diviac) and other police units.

Despite the insistent versions about the conflict that indicate that Guillén asked for the green light to dismiss Gallardo, without obtaining a response from the president, who has not made a public statement on the subject either.

The news of the resignation of Guillén, a prosecutor who gained prestige as an accuser in the trial of former President Alberto Fujimori, for which he is the object of resentment from the extreme right, was spread the day after Congresswoman Rosselli Amuruz raised with her party, Country advances, that the Legislative request the resignation of Castillo.

The legislator presented a motion for the Congress of the Republic to urge Castillo to resign due to his mistakes in an interview with a North American television network in which he admitted that he took office without being prepared to govern and was learning to do so.

The followers of the rural teacher elected president point out that the interview, made from the perspective of the extreme opposition and with its agenda, was part of a new destabilization plan that points to a parliamentary coup against Castillo.