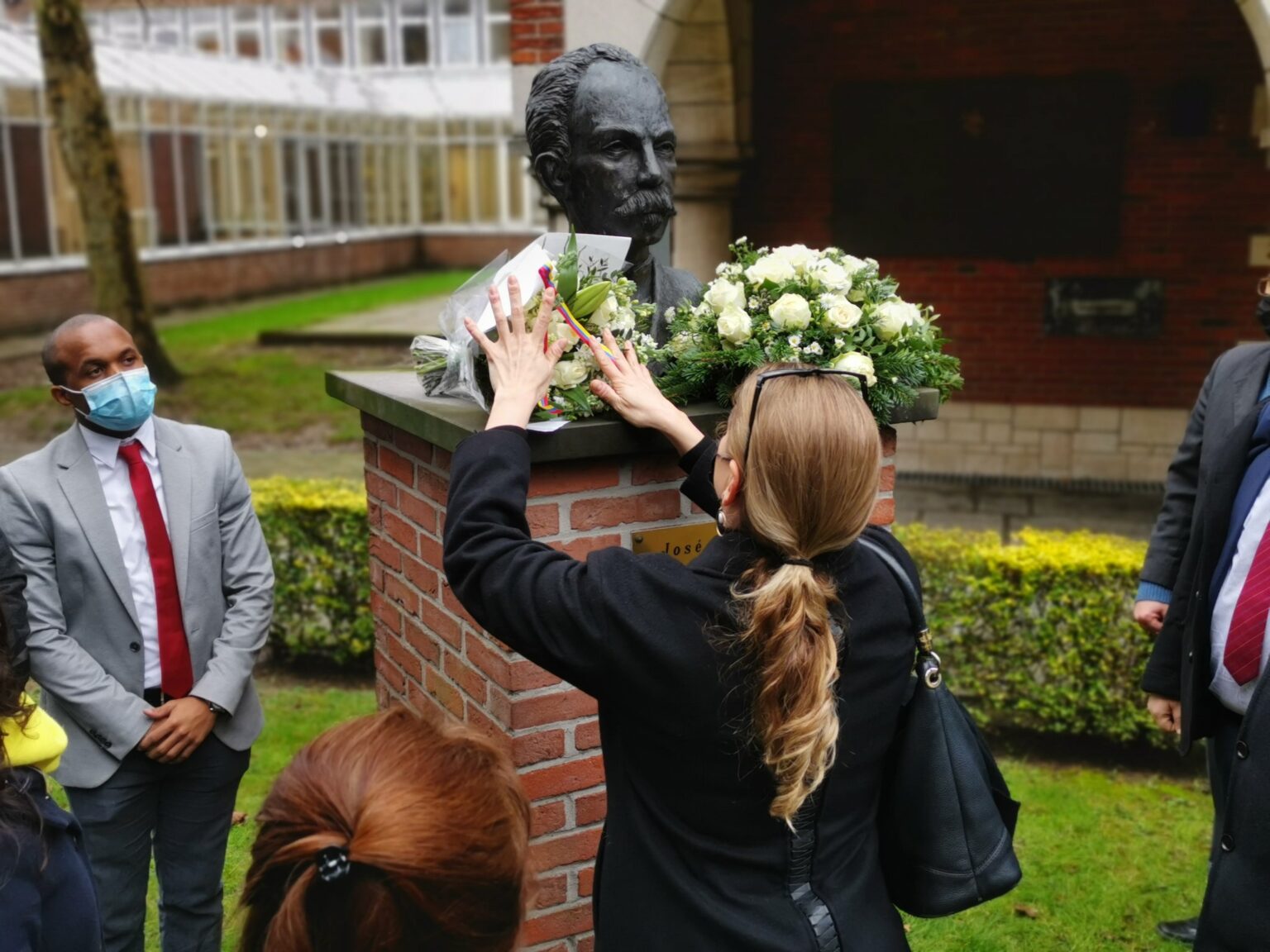 Organized by Cuban ambassador, Yaira Jimenez, the lone star flag and a bust of Cuba’s national hero as witnesses, participants recalled his life and work at the political-cultural event held in the Maurice Carême public space in the commune of Anderlecht.

In Vienna, the Austria-Cuba Friendship Association, the diplomatic mission of the island in this country and Cuban residents also celebrated the birth anniversary of the birth of the National Hero, José Martí.

Ambassador Soraya Álvarez recalled the life and work of Martí, in front of the bust of the Apostle at the Square of Latin American Heroes in the Danube Park.

The activity culminated with the donation ceremony to the Embassy of Cuba, of a work of art of Cuban painter Víctor Alexis Puig, exhibited at the “Russ Kunst Gallery” of Vienna, titled: “With all and for the good of all”.

Reverence to Cuban Hero, Jose Marti on the 169th anniversary of his birth, was also paid in Moscow, Russia, by Cubans residing in this capital and Cuban diplomatic authorities in Russia revered José Martí (1853-1895) today.

The consul of the diplomatic mission Eduardo Escandell recalled the historical dimension of Martí and the importance that he has for the new generations to keep his imprint alive as weapons in the political struggles imposed on Cuba from the United States.

In the act, a representation of Cuban students studying at Russian universities extolled the vocation of Marti and historical leader Fidel Castro (1926-2016) at a time when Cuba is fighting the COVID-19 pandemic and the excessive siege of Washington’s unilateral sanctions.

Russian friends of solidarity dedicated the day in a program on the YouTube channel Europe for Cuba, where they toured various aspects of his prolific life, how in just 42 years Marti managed to be a writer, poet, journalist, diplomat, politician, patriot and founder of the Cuban Revolutionary Party, to fight against Spanish colonialism.