Putin and Macron discuss situation in Ukraine and possible meeting 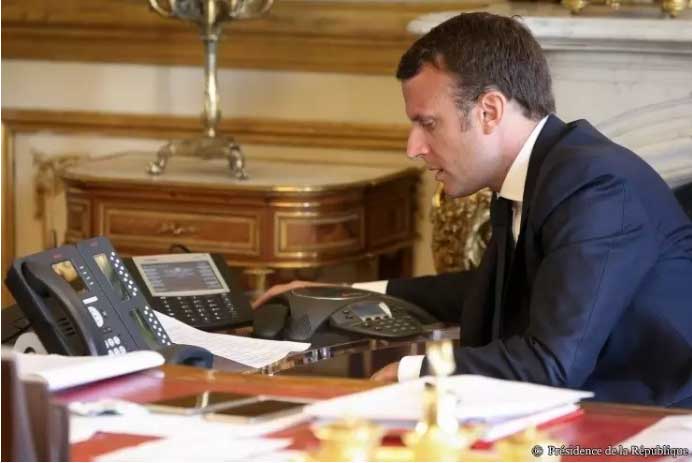 Putin and Macron discuss situation in Ukraine and possible meeting

The leaders continued the dialogue started last week on the situation in Ukraine and issues related to the provision of long-term security legal guarantees to Moscow, based on their proposals to the United States and NATO.

According to the statement, the Russian head of state again detailed approaches linked to the proposals made known to Washington and the North Atlantic Treaty Organization in mid-December.

Putin and Macron discussed this issue on January 28, also by phone, and the Russian president confirmed his country would carefully study the West’s written responses to his draft agreements and then define his further actions.

He stressed that neither the United States nor NATO took into account Russia’s fundamental concerns in those documents, citing as an example the need to prevent the expansion of the Atlantic Alliance and the deployment of attack weapons systems near Russian borders.

He stated that another of the security guarantee initiatives not taken into account is the requirement to return the military potential and infrastructure of the Euro-Atlantic bloc in Europe to the positions of 1997, the year in which the founding act of the Russia-Russia Council was signed. NATO.

Putin explained to Macron that a key question was also ignored: how the United States and its allies intend to follow the principle of indivisibility of security set out in the basic documents of the OSCE and Russia-NATO, which stipulate that no one should strengthen their security at the expense of the security of other countries.

In this regard, he drew attention to the importance of the Ukrainian government establishing a direct dialogue with the people’s republics of Donetsk and Luhansk and legalizing the special status of Donbass.

He stressed that the results of the recent meeting of the political advisers of the leaders of the Normandy Quartet (Ukraine, Germany, France and Russia), showed there are conditions on the part of Moscow and Paris to continue working in this format.