Campaign launched in the UK to support education in Cuba 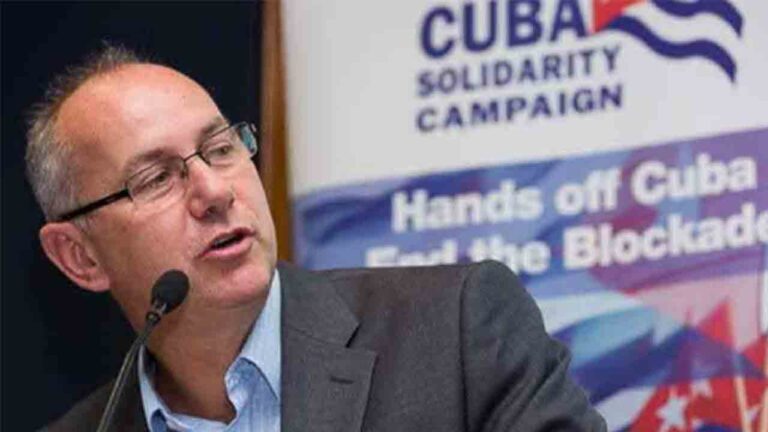 Campaign launched in the UK to support education in Cuba

The “Viva la Educación” initiative, which is also sponsored by the Music Fund for Cuba and the Cuban Union of Education, Science and Culture Workers, aims to counteract the shortcomings suffered by Cuban schools as a result of the unilateral blockade imposed by the United States on the Caribbean island.

The cruel US blockade dates back 60 years and affects all sectors of daily life in Cuba, including education, said the president of the NEU, Daniel Kebede, at the beginning of the virtual event to request donations of school supplies such as notebooks, pencils, laptops, sports equipment, musical instruments.

The director of the CSC, Rob Miller, pointed out, for his part, that education, together with health, are two pillars of the Cuban Revolution that are currently suffering the double impact of the intensification of the blockade imposed by Washington and the Covid-19 pandemic.

Miller recalled previous campaigns such as the one carried out in 2019 to send musical instruments to Cuba, and urged all activists of the solidarity movement in the United Kingdom to make cash donations to purchase school supplies centrally.

British educators also took part in the presentation of the project, narrating their experiences of trips made to the Caribbean island to learn first-hand how the Cuban educational system works.

Cuban children and teachers take education very seriously, said Bernard Regan, general secretary of the CSC and a former member of the National Committee of the National Teachers Union.

From Cuba, Professor Isora Enríquez O’Farrill thanked the support of her British colleagues and solidarity activists in the United Kingdom to help Cuba face the impact of the US blockade on its educational system.