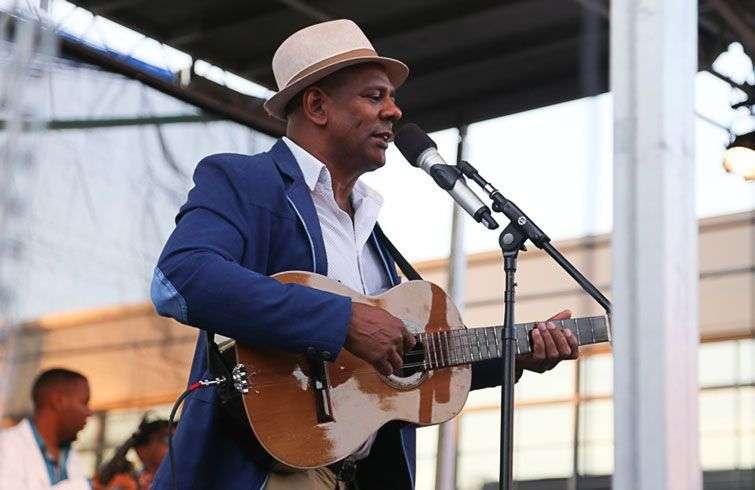 Its director, Fernando Dewar, explained that in their debut in that city of the United Arab Emirates, on the occasion of the Day dedicated to Cuba, they will play the main pieces of the repertoire of little more than 25 years and the most recent ones, in which modern arrangements of anthological works predominate.

He also said that they will take advantage of this incursion to promote Cuban music in those circuits of the Middle East, with emphasis on countries like Qatar and Egypt, in addition to exploring other opportunities for the presence of creators of the Latin scene.

Among the songs that should attract those audiences, Dewar mentioned the Chan-Chan, popularized worldwide by Francisco Repilado(Compay Segundo), whose particular version of the musicians from Santiago de Cuba brings it back with renewed airs. With a remarkable international career, the Septeto Santiaguero resumed performances with a gig in Mexico in October, where it took part in the 49th edition of the Cervantino Festival, after the break due to Covid-19.

He also announced that, through the Booking JLP Music Management Agency, they will perfom in Spain, France, Holland, Norway, Germany, Finland, Belgium and Denmark, from July to September.

With four consecutive nominations to the Latin Grammy Awards and having won the award in 2015 with “No quiero llanto-Tributo a los Compadres,” in collaboration with Dominican singer José Alberto, El Canario, they are committed to playing the authentic Cuban music.

Another milestone in the little more than 25 years of the band was the nomination in that same year, with that very same album, to the coveted Grammy Awards.