US blockade against Cuba condemned in France 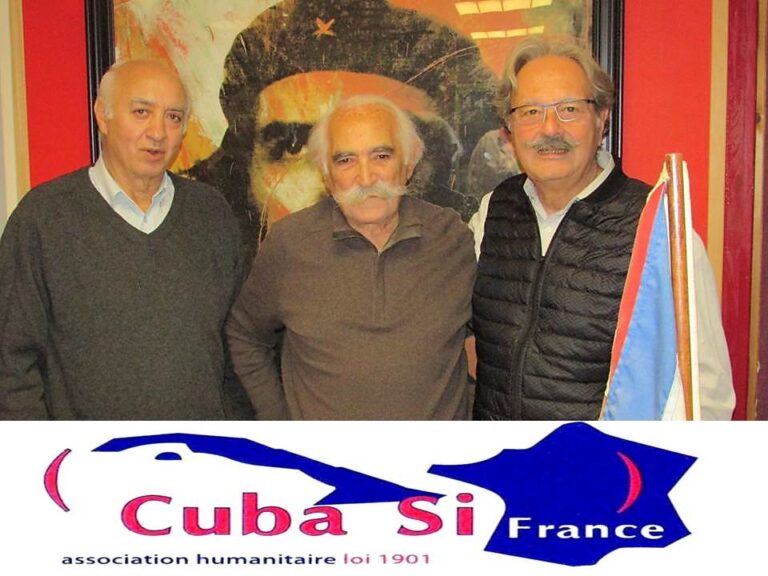 US blockade against Cuba condemned in France

Our organization not only denounces and repudiates this position, but also stresses that no country, no matter how powerful it may be, can ignore International Law, the group told Prensa Latina on the 60th anniversary of the formalization of the blockade by means of Executive Order 3447, signed on February 3, 1962, by then President John F. Kennedy.

The anniversary is a propitious occasion to ratify to the Cuban people and Government our unconditional solidarity and recognition of their determination for decades in the face of an aggressiveness that began long before 1962, which it is attributed to the expansionist vision that has characterized the United States since its foundation.

It has been more than 60 long years of flagrant violations of international law and contempt against humanity, and Washington continues strengthening the blockade to hinder Cuba’s development, Cuba Si France warned.

For Cuba Si France, the shame represented by the blockade exceeded any imaginable limit during the Donald Trump administration, with the adoption of more than 240 additional coercive measures, even as Cuba was also fighting the global Covid-19 pandemic.

In this regard, it rejected that this crusade remains unchanged with Joe Biden’s arrival at the White House a year ago.

The US blockade accumulates more than 140 billion dollars in damages for Cuba, and it has become the longest blockade imposed on any nation and one of the worst crimes against humanity, the association, which last year celebrated 30 years of actions in defense of the Cuban Revolution from France and Europe, noted.

The organization reiterated that Cuba is not alone in its battle against the inhumane blockade, and recalled that every year almost all 193 United Nations member States demand its lifting at the General Assembly.

Cuba Si France demanded that the European Union go beyond its support in the United Nations for the resolutions to demand the end of the US blockade, accusing it of submitting to “Yankee demands” and to its extraterritorial projection, which impacts European companies.

Washington is extending its illegal blockade against Cuba throughout the world, and it is unacceptable, Cuba Si France noted.