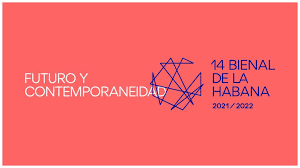 La Habana de la Biennale, the title of this second experience that will take place until March 24, will continue with new proposals from different art manifestations and renowned national and international artists.

Among the proposals that will open to the public, the exhibition A pure color stands out, which is part of the Parallel Projects section and will invite the creators Jesús Molina, Yuleisy Fernández, Aramis Santos, Saúl Vento, Jordán Calaña, Sarahy Rosario, Lisandra Quintana, among others.

As part of this section, a dozen collective exhibitions will be inaugurated that include the titles Books and art shelves, Without masks before the mirror, Our diverse worlds, Connected distances and The anonymous face of egoism.

The agenda of the largest visual arts event in Cuba also has personal exhibitions reserved, including the work Corazón, by Pepe Menéndez; Incursions, by Iris Fundora and Variable Geometry II, by Canadian Arthur Munk.

Likewise, there will be a series of sound exercises developed by seven artists participating in the Fugas exhibition, which refers to the fugue as a musical movement; as well as the performance Yemayá sings to Havana.

Under the motto Future and Contemporaneity, the current edition of the event offers several segments dedicated to contemporary visual production on the island, such as the collective exhibitions Pharmacy: Back to Earth, Feminine Visual Imaginaries, Dissonances, Islands, Behind the Wall and A Fin of counts.

The contest added to its declaration Yes for the Biennial the support of more than 1,400 signatures of artists and intellectuals from around the world and radiated its reach to 82 countries in Latin America and Europe during the theoretical meetings that were broadcast virtually.

The XIV Biennial of Havana will complete its cycle with one last experience that will be called Return to the future and is scheduled from March 25 to April 30 to offer multiple views of the universe of visual arts.