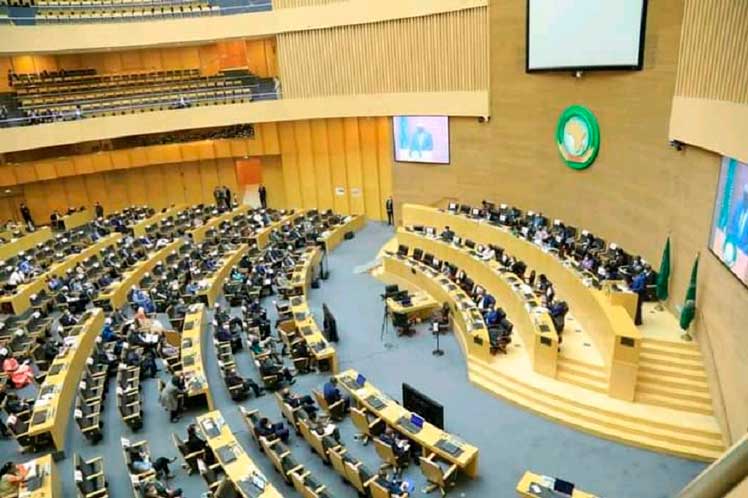 Organized by the AU Commission, the meeting will conclude tomorrow, when the Council will present the draft themes, decisions and declarations to be considered by the Heads of State and Government during the 35th Summit of the organization on February 5 and 6.

During the two-day meeting, several documents will also be discussed, including the Annual Report of the Union and its organs, as well as an assessment of the behavior of the Covid-19 pandemic and its socio-economic impact in Africa.

The official delegations will also elect a vice-chair of the Pan-African University Council, 15 members of the Peace and Security Council, and a member of the AU Advisory Board on Corruption from the north of the continent.

Considering the importance of food in promoting sustainable holistic growth, the African Heads of State and Government declared 2022 the year for “Building resilience in nutrition on the continent: accelerating economic, social and human capital development”.

Alongside this theme, issues related to peace, security and governance, among other important issues, will also be discussed next weekend during the Summit, which marks the 20th anniversary of the founding of the African Union.

Representations from Libya, Mauritania, Senegal, South Africa, Niger, Somalia, Angola, Cameroon and Ivory Coast were among the first to arrive in Ethiopia, whose authorities declared the country ready to host the Council and the Summit since last week.