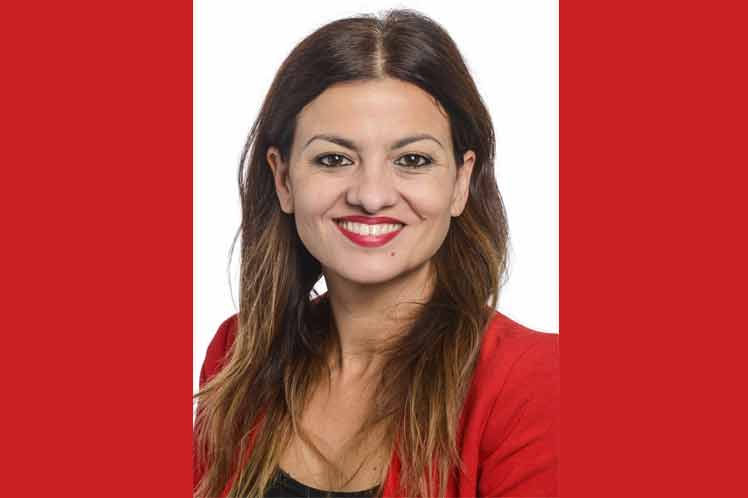 In statements offered to the National Assembly of People’s Power (parliament), the also vice president of the group La Izquierda, of the European Parliament, stressed that hostile politics is an instrument of coercion that affects not only Cuba, but also other peoples of the world.

We reject it head-on and we work, from our place and from our institutional spaces, to say loud and clear that the blockade has to end because it is absolutely unacceptable, she affirmed.

Along with eight other MEPs and officials, Rego arrived on the island last Monday and since then she has visited sites of historical, social and cultural interest, while she spoke on Tuesday with the president of the Cuban parliament, Esteban Lazo.

“Cuba is a symbol of struggle, of an alternative to another model that is coming, which is worrying for us and us, which has to do with the rise of the extreme right,” insisted the MEP.

In this sense, the purposes of the visit are, she declared, to confirm her social, political and economic achievements and to show them our solidarity.

Regarding the help provided by the Caribbean nation with health professionals to countries in its region in the context of Covid-19, Rego alluded to the pride of seeing the example of Cuba – which even assisted nations that have not always accompanied its process. -, “while Europe shielded itself”.

Likewise, she commented that for the political organization that she represents, it is a political principle to advocate for the normalization of relations between Cuba and the European Union, as well as to eliminate the harassment and blockade against the Caribbean island.

We are going to continue working and, precisely, this visit aims to strengthen these work and communication ties to be able to transfer it to our daily work in the European Parliament, she stressed.