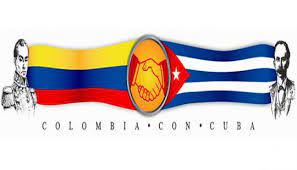 Even though the measure was imposed on February 3, 1962, by then President John F. Kennedy through the 3447 Executive Order decreeing a total commercial “embargo” against Cuba, the truth is that since the triumph of the Cuban Revolution the US government has tried to overthrow it.

“Despite the fact that the United States is well aware that its blockade against Cuba for more than six decades and which has been tightened in recent years, is -according to the 1948 Geneva Convention- an ‘international crime of genocide’ remains deaf in the face of thousands of voices” calling for its end, expressed the Movement.

From all over the world, Cuban friends are currently calling for “the end of the most cruel, unjust, severe and prolonged system of unilateral and extraterritorial restrictions that has been imposed on any other country.”

Washington, from 1960 to date, has imposed six laws and manifold regulations, in a legal framework that has caused economic damage to Cuba (over $144 billion), in order to impose a foreign political system and a government shaped to its liking.

“Amid this massive, flagrant and systematic violation of human rights, Cuba goes on progressing,” the solidarity group praised.

Among those results of the Cuban Revolution, the movement mentioned the eradication of abject poverty and hunger, universal, free and quality educational, cultural and health services for its entire population, promotion and guarantee of gender equality and the empowerment of women.

Life expectancy in Cuba is above global average. Cuba has a high Human Development Index, created a productive base and promotes the development of science and technology.

“US blockade has meant a pandemic for Cuba that it has dealt with for over 60 years. Its end cannot be postponed, due to its evident absolute failure in not being able to change the determination of a free country to choose its own path,” the movement said, while calling for the end of this retrograde policy.