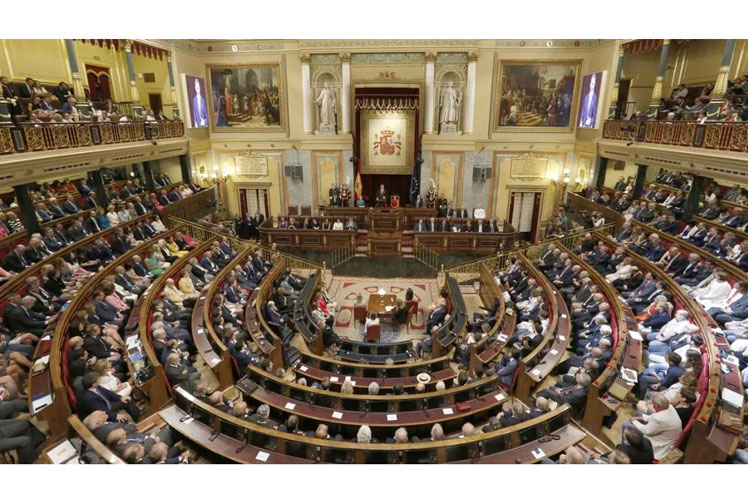 It is about the validation of the decree law of urgent measures for labor reform, with the support of the centrist Ciudadanos party together with other minority groups and the opposition of members of the Executive such as the Basque Nationalist and the Republican Esquerra.

The vote was much closer than expected, 175 votes in favor and 174 against, and despite all the armed scuffle in the political class, it is one of the commitments of Spain with the European Commission for the multimillion-dollar Plan Recovery set.

Two deputies of the Union of the Navarre People exercised the suffrage in a negative way, contrary to what was agreed by their group, but everything indicates that a parliamentarian from the NO bloc changed his mind at the last minute.

In the end, the Government, employers and unions also achieved the objective of rejecting the processing of the reform bill, which would have allowed changes to be introduced as it passed through the Cortes.

The one that a priori is pointed out as the architect of the norm, the second vice president and Minister of Labor, Yolanda Díaz, deplored that the most important initiative of the legislature, which will mean leaving behind the “failed model of the Popular Party (PP)”, has been diluted in debates that she described as superficial, in the midst of “partisan rivalries”.

Curiously, the reform always had the approval of the employers’ association and the unions, with the addition that neither of the two parties would agree to introduce changes to the proposal, something that certain politicians tried to do, colliding in shipwreck.

The PP, from the right, the maximum force in the opposition, is one of its detractors, visualizing at the same time the matter in the figure of Díaz, who is the maximum representation of the most leftist bloc of the Government, United We Can.

In recent months, Díaz has become a very popular personality and highly valued as a possible candidate in future presidential elections.

As a tireless negotiator, she is the main promoter of the reform, a token that the PP does not want to let grow.

The secretary general of the Workers’ Commissions, Unai Sordo, lamented this Thursday that many parliamentary groups voted to validate the royal decree on labor reform under the criteria of “their electoral or political cabals.”