Cuba denounces US blockade and demands its end 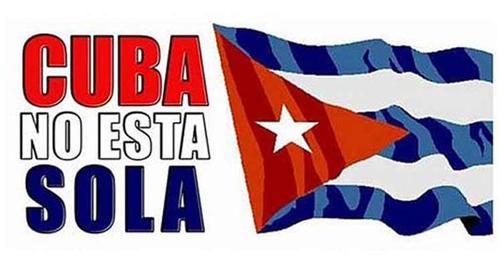 Cuba denounces US blockade and demands its end

In a statement, the Government recalled that on February 3, 1962, then US President John F. Kennedy issued Executiv Order 3447, which decreed a total trade “embargo” against Cuba, with the justification of the country’s rapprochement with the socialist camp.

Since then, the blockade policy and economic asphyxiation has been consolidated as the central axis of the strategy to restrict Cubans’ legitimate right to defend their sovereignty and forge an emancipating project, alien to imperialist domination, the text expressed.

It also noted that the blockade has evolved to become the most complex, prolonged and inhumane act of economic warfare committed against any nation.

Its effects have limited the possibilities of economic development, as it is designed to prevent trade relations with third countries, hinder banking-financial operations to the maximum, curb foreign investment and cut off all sources of income.

The Cuban Government pointed out that the Washington’s blockade has never had the slightest hint of legitimacy, nor moral justification, and constitutes a massive, flagrant and systematic violation of Cubans’ human rights, being an act of genocide by virtue of the 1948 Convention on the Prevention and Punishment of the Crime of Genocide.

The accumulated damages over the past six decades exceed 144.413 billion dollars at current prices, recalled the statement, which explained that since 2019, the measures of economic coercion have reached a qualitatively higher aggressiveness.

Measures of unconventional warfare, unbefitting peacetime, are enforced in an effort to deprive Cuba of fuel supplies, the document pointed out.

Since 1959, 13 US presidents have occupied the White House. With certain nuances, in all cases there has been a permanent commitment to causing the economic collapse and the unsustainability of the revolutionary project through the strict application of the blockade measures.

It would seem that 60 years have not been enough to understand that it has not fulfilled, nor will it fulfill, the objectives of its promoters, the statement read.