Cuban Ambassador to Russia denounces US blockade against Cuba (+Video) 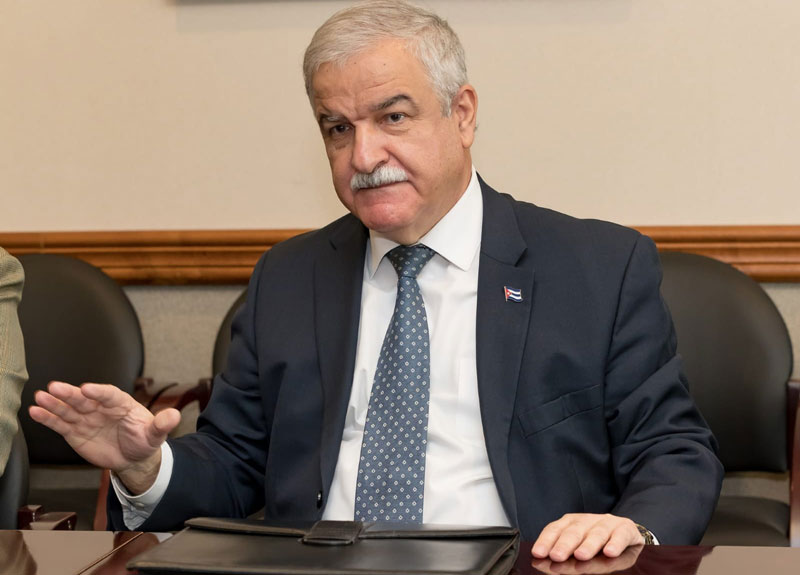 Cuban Ambassador to Russia denounces US blockade against Cuba (+Video)

Today, February 3, 60 years after then US President John F. Kennedy made the blockade against Cuba official, the diplomat recalled that Washington’s measures began much earlier, in the first moments of the Revolution that triumphed on January 1, 1959.

In exclusive statements to Prensa Latina, Garmendia stressed that Russia has always denounced the US economic, commercial and financial blockade against Cuba, and at every session of the United Nations General Assembly Moscow has voted on its side and together with the majority of the world against that policy.

He stressed that on 19 consecutive occasions the Russian State Duma (Lower House of Parliament) has unanimously approved resolutions against the blockade and Washington’s hostility towards Cuba, which were later joined by the Federation Council (Senate).

At the same time, the diplomat highlighted the constant support from all Cuba solidarity movements and organizations in Russia in the struggle against US blockade and Washington’s attempts to destroy the Revolution and socialism in the island.

In recent statements to Prensa Latina, the Cuban representative in Moscow charged that “the blockade constitutes a massive, flagrant and systematic violation of the human rights of Cubans.”

He warned that the international rejection of this policy was evident in the latest UN vote on the draft resolution entitled Necessity of putting an end to the economic, commercial and financial blockade imposed by the United States against Cuba, at the resumption of the 75th session of the UN General Assembly.

He recalled that for 29 consecutive years the majority of countries in the world have consistently condemned Washington’s hostility against Cuba and that in 2021, the Cuban resolution was supported by 184 votes, two against (United States and Israel) and three abstentions. Ambassador Garmendia underscored the inhumane nature of the US blockade against Cuba, which was aggravated and made crueler amid the restrictions caused by the Covid-19 pandemic last year.

He pointed out that the US Government used this policy, and particularly its extraterritorial component, to deliberately deprive the Cuban people of mechanical lung ventilators, masks, diagnostic kits, among other essential medical supplies for the fight against the pandemic. The diplomat stressed that in spite of the unilateral measures taken by the White House against Cuba, the country is facing Covid-19, successfully developing its own homegrown vaccines to fight the disease and its health professionals are helping in the fight against the SARS-CoV-2 coronavirus in more than 50 countries.

“The blockade constitutes the most unjust, severe and prolonged system of unilateral coercive measures ever applied against any country, and continues representing an obstacle to the development of all the potentialities of the Cuban economy,” the Cuban ambassador in Moscow stressed.